Victory of Hamid Rahimi – A Belt for War-Destroyed Country

Sports and games are great source to raise the soft image of the nations and countries. Also sports play a great role to bring unity among the people of country. Similarly passion and enthusiasm have been observed in a war-destroyed country Afghanistan when the first professional boxer from the country took part in an international boxing match. 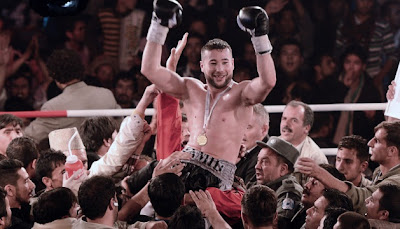 A country where television was prohibited a decade before, millions of Afghan people were stick to their TV sets on 30th October 2012 (Tuesday Night) to watch this match live. Hamid Rahimi is their boxing hero. He was born in Afghanistan and brought up in Germany. He could escape to Germany with his family during the civil war in 1980s. He is a middleweight boxer who has passion to fight for his country. 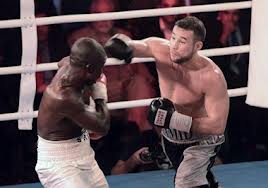 Would you believe in that there were some arrangements to watch this live match in couple of cities in Afghanistan particularly in Kabul? Hundreds of Afghan people including diplomats, members of legislative institutions and government officials watch this boxing match altogether in a big Loya Jirga hall of Kabul city. Tickets were sold to watch this match which cost 50 to 100 US$ each. Hamid Rahimi had this match with Tanzanian boxer Mbelwa. In the 7th round Mbelwa’s shoulder got injured so victory was announced for Hamid Rahimi. After the fight Rahimi exclaimed that the Belt he has received does not belong to him but it belongs to his country Afghanistan. This is what he has done for his country to bring in the peace and prosperity.

These kinds of sports and activities were banned by the Taliban during their regime so the country is setting up new foundations for the national rehabilitation. The event of boxing match was held with the title “Fight 4 Peace” and it is definitely a great landmark towards the prosperity of the country. Taliban, during their rule banned several sports and activities which they considered non Islamic. Perhaps none of these professional boxers would have courage to enter into the country if still Taliban would be the rulers. People of Afghanistan are happy as they are being recognized by the world. They are happy that Ghazi Stadium which is the one of the biggest sports arena of the country in Kabul is open for sportsmen and players where they have experienced the executions and stoning of people by Taliban. Excitement of the people of Afghanistan after winning this match may be observed through the social media as well.