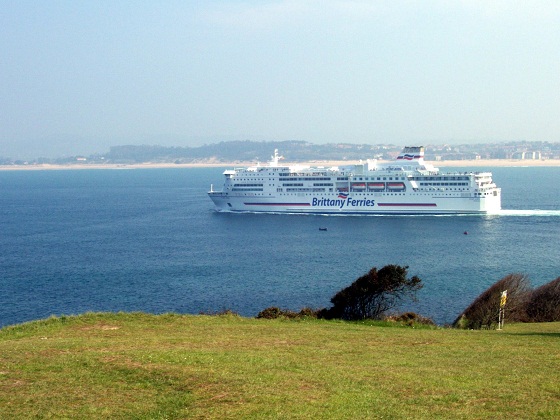 This gorgeous little island is softly cradled in the Mediterranean Sea, between France and Italy. Though a French island, Corsica boasts of a distinct culture of its own, with heavy influences from the French and the Italians. The quaint French island boasts of some spectacular natural beauty. If you are looking for a quiet holiday in the lap of nature, away from the city’s noisy clatter, then Corsica is just the place for you. The island has innumerable gorgeous beaches, which offer happy relaxation and clean waters. In addition, a mountain range runs across the length of the island. This mountain range makes for one of the world’s most sought after hiking ranges- the G24.

Corsica is easy to get by air from Paris. Alternatively, there are ferries from the major French and Italian port cities (on the west coast in Italy). The weather in Corsica is agreeable for most of the year. The winters are nowhere as harsh as in the northern regions of France, though the mountaintops may get a decent amount of snowfall. Overall, the winters too are bearable in terms of the cold. If you aspire to get the best of this French land, the best months to visit are April, May, September, and October. June, July, and August are pleasant weather wise but the hordes of tourists won’t let you enjoy the island to its fullest.

Ajaccio and Bastia are the two main cities of the island. Rest are small towns and villages. The most noticeable among the rest are:

Corté: Here you have the University of Corsica Pascal Paoli. This is the only university on the island and as Corté is situated in the heart of the island, it is accessible to students from all the cities of teh island.

Ile Rouss: Here you have the most splendid beach you would have ever seen. On a bright, clear day, you can see as much as seven different colours of water.

Porto: The landscape here is entirely different from rest of the island, getting almost scary. The jugged red rocks jutting into the sea pose an absolutely intimidating effect.

Porto Vecchio: A few of the beaches around Porto Vecchio have been listed in the list of UNESCO World Heritage Sites. The pristine beaches offer some of the best locations for a relaxed holiday.

Bonifacio: Probably the most remarkable town of the island, Bonifacio is often referred to as the jewel of the island. The small town is precariously perched on a gigantic white sandstone rock and is surrounded by the clearest of green and turquoise waters. Situated on the southernmost tip of the island, one can see the northern tip of Sardinia, the Italian island from Bonifacio.

Bigulia: Though not a major town or city, Bigulia is noticeable for L’etang de Bigulia, which is a lagoon and a natural reserve. The lagoon harbours some rare marine life and species of birds. It is fed by four water sources: the Bevinco River, ditch Borgogna, Pietre turchine the stream, and the stream Rasignani Mormorana.

James Browns is a travel writer and automobile enthusiast. Besides this he contributes for various online travel publications that mainly cover luxury cars, different travel destinations, travel guides and most comfortable cars for travel. When he’s is not educating his readers with his writings, he’s most likely educating himself by reading his favorite stuff.