The Great Gatsby – Released on May 10th 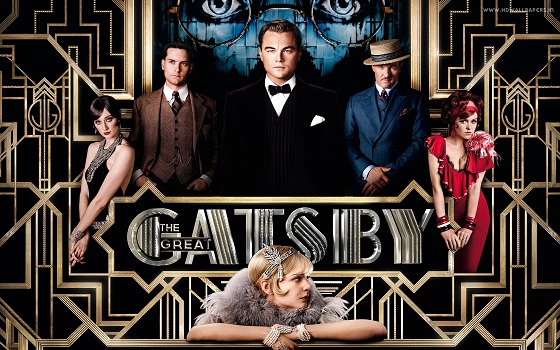 The Great Gatsby is 3D romantic drama which is an adaptation of the book by F. Scott Fitzgerald. The film is co-written by Baz Luhrmann who also directs the movie. The film stars Leonardo DiCaprio and real life friend Toby Maguire. Set in the roaring twenties, the movie recounts the life and times of Jay Gatsby. The movie is already influencing the fashion industry and Leonardo DiCaprio can never go wrong as a suave millionaire. Fans of the book will definitely find this a treat as the star is cast alongside Toby Maguire who is rarely seen after his Spiderman movies. 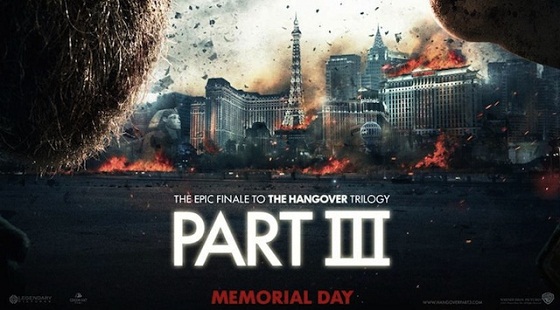 The third and final instalment to the hilarious comedy series is here and this time, promising to be better than before. Directed by Todd Philips, the cast remains the same with Bradley Cooper, Ed Helms and Zach Galifianakis as well as Ken Jeong playing the roles as a gang of goof ups who always get so stoned, they don’t remember what they did the night before. This time, it’s not the same story line in a different location. This time they’re back in Vegas. There are no bachelor parties; nobody is getting married, what could go wrong? We’ll soon find out. 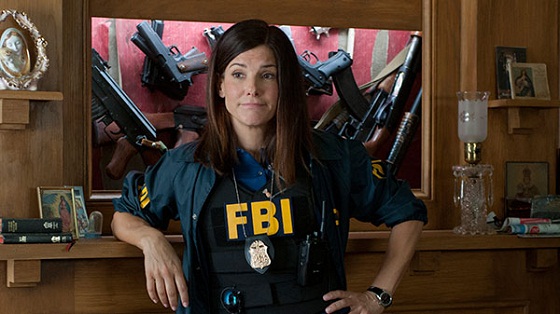 The Heat is an upcoming crime comedy film featuring Sandra Bullock and Melissa McCarthy. The film is directed by Paul Feig and is scheduled to release on June 28th 2013. In the movie Sandra Bullock and Mellissa McCarthy is paired up to take down a drug lord. The problem is, neither of the two female cops had a partner before, or a friend for that matter. Sandra Bullock already played the tough cop role before in Miss Congeniality and she was absolutely delightful. It seems that tough roles bring out the hard boiled essence of Sandra Bullock – Hard on the outside but soft and gooey on the inside.

This movie has already received glowing review after premiering in the Sundance Film Festival. The movie is directed by Jordan Vogt-Roberts and is written by Chris Galletta. The film stars Alison Brie, Moises Arias and Nick Offerman, they decide to do the ultimate act of independence and spend their summer building a house and living off the land in the middle of the woods.  The movie is said to be carefree and light hearted. Amidst all the action packed fantasy films and horror flicks, The Kings of Summer come as a breath of fresh air. It is already creating a lot of buzz before it’s time. 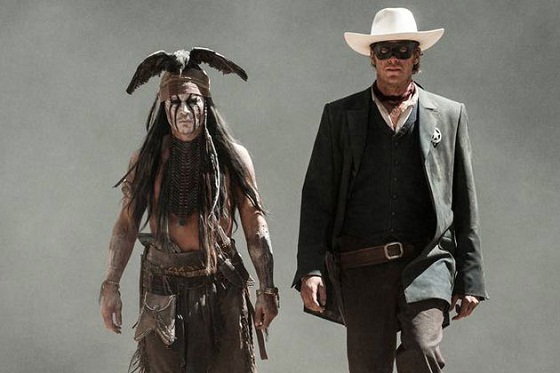 The Lone Ranger is an upcoming action western film which is produced and directed by Gore Verbinski. It is based on the American Old West character series of the same name. Armie Hammer plays the lone ranger with Johnny Depp playing the role of Tonto. The two fight against greed and injustice in a setting of the old Wild West. Johnny Depp, a spirit warrior dressed in Native American garb and war paint is a sight to see. Produced by Walt Disney, the movie is expected to have light hearted comedy moments like the ones in Pirates of the Carribean. 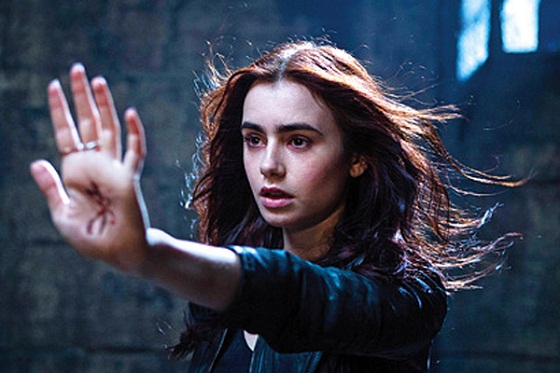 After all the hit and miss fantasy movies that have graced the theatres this past year, The Mortal Instruments: City of Bones seems to have the potential to fulfil the fantasy craving movie goers have been hankering for. This is an upcoming 2013 action adventure series based on the first book, The Mortal Instrument series by writer Cassandra Clare. The film stars Lily Collins, Jamie Campbell Bower and Jonathan Rhys Meyers. The protagonist, Lily Collins finds out that she can see demons walking amongst us and joins a vigilante band to defend the world. This maybe another movie of a group of vigilantes taking the law into their own hands, or it could be what we’re all hoping it to be, a satisfying fantasy flick. 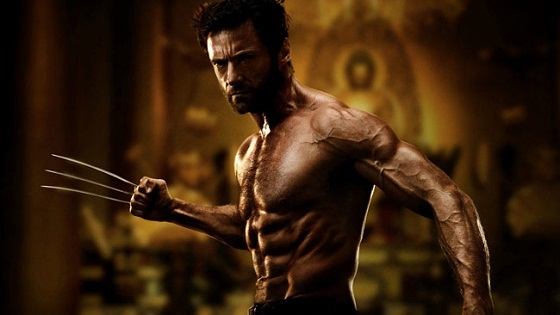 Hugh Jackman is back, looking the same as he did in the first movie 13 years ago. The movie itself is the sixth instalment of the X Men film series. Directed by James Mangold, Hugh Jackman takes the big screen once again as the immortal good guy with a bad attitude. This time he’s in Japan on a tangle with the crime mob Yakuza. He is said to go through an emotional and physical metamorphosis which is said to change him into a more powerful hero. The X-Men series is always anticipated by hard core Marvel fans and this one will be no different. 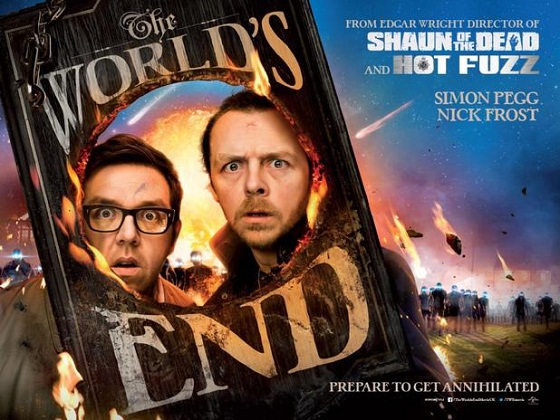 The World’s End is an upcoming British sci-fi comedy film directed by Edgar Wright and is once again – an apocalyptic. The film is scheduled to release on August 23rd 2013. It features five friends who reunite after 20 years to repeat a pub crawl from their younger days. Over the course they realise that the struggle is not about them but of human kinds. They decide that tonight they are going to get totally annihilated. The cast of characters seem promising and the directors made some of the funniest movies you have seen. This definitely looks like it might be something. 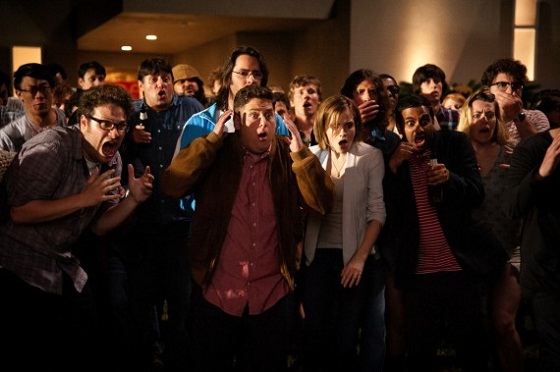 Another post-apocalyptic movie about the world ending, except this one is a comedy. The movie is directed by Evan Goldberg and Seth Rogen. The movie features some A list movie stars such as Jason Segel, James Franco, Jonah Hill, Emma Watson, Michael Cera as well as a few from the music industry like Rihanna and the Back Street Boys. The movie is about a group of friends who has to stick together in a series of comical situation as the world ends around them. Judging by the cast of characters, especially Jason Segel and Michael Cera, known for comedies, this movie is a must watch. 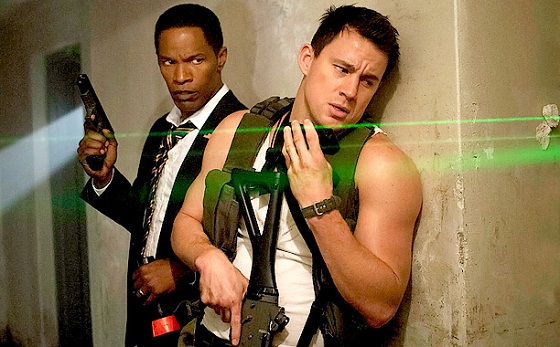 This is a movie that promises something, maybe because Channing Tatum is starring looking better than ever. White House Down is an action packed thriller film which is directed by Roland Emmerich. The movie is set to release on June 28th 2013. The film centres around Channing Tatum, a rejected recruit to the Secret Service, rescuing the United States’ president, Jamie Foxx, while trying to keep his daughter Emily from harm’s way. The Hollywood reported says that the movie has many similarities with Air Force One and Die Hard, so for the action fans out there, this movie is a keeper. 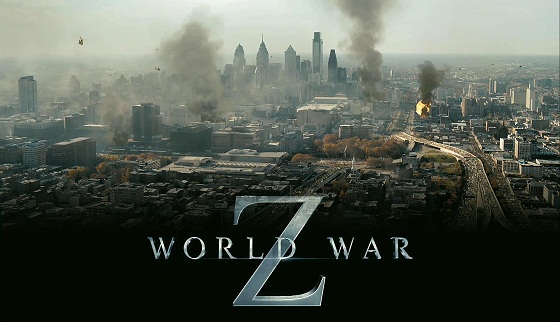 World War Z is an upcoming apocalyptic horror film, based on a novel of the same name. It is directed by Mark Forster and stars Brad Pitt and Mireille Enos. While we all absolutely love Brad Pitt and movies about the end of the world is always fun, the long-earned reputation of zombie movies falling flat at the box office is hard to miss. Pitt plays a United Nations worker who searches the globe for information that will stop the zombie outbreak. Although the filming began in 2011, the release was pushed from December 2012 to June 2013. We wait with baited breath! 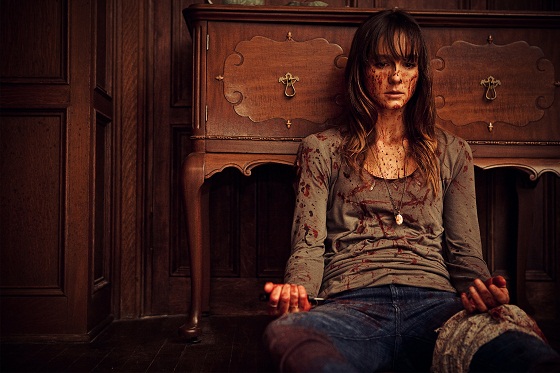 You’re Next is a 2013 American horror thriller film which was written by Simon Barrett and directed by Adam Wingard. The film premiered at the 2011 Toronto International Film Festival and rumour has it that it’s going to be the scariest horror flick of this summer. A gang of murderous, axe-wielding villains crash the Davison’s family reunion. The situation seems dire except that an unlikely guest proves to be greatest killer of all. The movie has already created a buzz with its horrific posters and movie goers are already reading reviews of the nature of this movie. This may just be this year’s horror flick.