The Heat Between China And USA In Olympic Games 2012 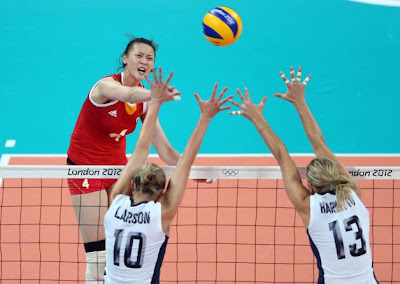 What good is a competition if there is no competition? In sports all the excitement is of competition and if the two nations fighting in a sports competition are rivals for years. If you have a look at the Olympics medal charts for the past 3 Olympic Games and the current Olympic Games 2012, you will right away notice something on top of the charts. There has been a very close competition since 2000 between China and USA for the highest number of gold and other medals. The first rival for USA was Russia along with Germany but gradually China rose up in ranks and more and more Chinese athletes made their ways on the medal charts.
Looking at the chart of 2000, China was at number 3 with 28 gold medals and 58 medals in total. At the top was USA with 37 gold medals and 94 medals in total. Big difference you would say after looking at the stats. Well, it didn’t quite remain like this for long and the sight of the medal chart changed in 2004. Russia who was at number 2 in 2000 on the medal charts now moved down to number 3 and China moved one step up to take the second spot. Total number of gold medals won by USA and China were 36 and 32 respectively and the difference was disappearing with time.
Move to the medal chart of Olympic Games 2008 and you will be astonished to see what just happened there. Well, China took the top spot while being the host at the same time by winning a total of 51 gold medals. USA walked away with second position with 36 gold medals but the difference in total number of gold medals was ample. Definitely the cat and mouse chase was over and now China has taken over the chart, which was certainly a big concern for the American athletes and officials.
Looking at the latest medal charts of current Olympics Games 2012, we once again have China on top with a total of 15 gold medals and 27 medals combined. USA ranks second with 10 gold medals and 26 medals in total. Questions have been raised by American officials and commentators about many Chinese players using the performance enhancement drugs. The biggest controversy of Ye Shiwen has gained a lot of hype where her 2 recently claimed gold medals are on the line if any medical tests prove positive signs of any performance enhancements. Has the war of medals turned into a battle of egos? Let the show wind up and we’ll surely know.
Visit OnzineArticles for more updates on Olympic Games.