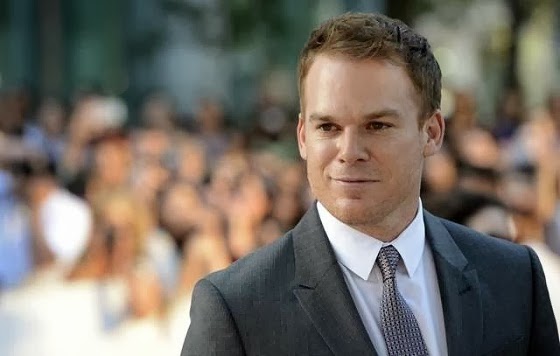 Spoiler Alert!! Don’t read this article if you don’t want to know how Dexter ends, but feel free to share it!

Last Sunday the fans had to say goodbye to Dexter, the serial killer who only kills people who deserve it. The last episode called “Remember the monsters?” had the biggest audience ever for an original episode in the history of Showtime.The finale finds Dexter about to leave the country with Hanna, whom he loves deeply, and his son, a cutie who’s four years old. He’s happy and looking forward to starting a new life in Argentina. He’s embracing his human side. But suddenly he finds out his sister Debra has been shot by the season’s main villain, Oliver Saxon. At first, it seems that Debra will make a full recovery. However, she soon falls into a permanent vegetative state due to unexpected complications. Dexter decides to kill Saxon before going to Argentina. He manages to kill him with sticking a pen in his throat while Quinn and Batista observe in shock.
Quinn and Batista are also devastated by what’s happening to Debra, so they let Dexter get away with Saxon’s murder. Our antihero then goes to Debra’s side and ends her life in a very emotional scene. Then, he takes her body and throws it to the ocean in the middle of a hurricane. After that, he drives his boat into the storm. We can see Batista in Miami and Hanna with Dexter’s son in Argentina learning that Dexter has perished drowned in the ocean. But the final scene shows that Dexter is alive somewhere in the mountains, all by himself. He looks at the camera and it’s plain to see that he’ll live the rest of his life in despair.The final scene didn’t have Dexter expressing his feelings in a voice-over. According to the producers, the silence symbolizes the fact that Dexter is now empty inside.

About Debra dying, Jennifer Carpenter, who played Debra, said, “I did want her to die. But it was more about me. Deb deserves some peace. There was this setup when she and Quinn were finally able to set their sights on a love that existed, but I don’t know what kind of peace she would have found there because Dexter always would have been in that place”. Carpenter, however, pointed out a negative aspect of Debra’s death: “Deb dies not knowing how Dexter feels about her. She doesn’t have access to his feelings, which is all she ever wanted”.

Dexter’s finale left an army of furious fans who criticized it harshly in the show’s board at imdb.com and on twitter. A fan called Jordo Rosell stated, “Dexter ended. A mediocre ending for a series that had its high point in the 4rt season and has been deflating ever since”, an opinion that seems to be extremely popular among the fans.

The biggest complains about the episode were about plausibility. An angry fan identified as Kuato_And_George said, “I think it lazy and inexcusable that Hannah continues to walk around in Miami without so much as dying her hair. I think it’s just as bad that Dexter walked out of a hospital with a corpse. I’m also not too happy that he went directly into a Hurricane like Bodi from Point Break and somehow survived”. The board was flooded with comments like that.

Regarding Dexter surviving the hurricane, Buck explained, “Hopefully it’s not a question that will be examined too closely. The show has always been a half step away from reality; it’s a hyper-reality. We established there is an emergency life raft with an outboard motor on the boat. He could have gotten in the raft and made it safely to shore”. And about Hanna not wearing a disguise, he stated, “In the research we did on fugitives we learned there are countless fugitives out there just walking around that nobody is really looking for”.

Probably the most disappointing aspect of the finale was the fact that nobody discovered that Dexter is the serial killer called The Bay Harbor Butcher, or that Debra killed Maria LaGuerta at the end of season 7.  A disappointing fan identified as Jmmmz said, “It would make more sense to us and we would feel more complete if we knew at least they were on to him”. Scott Buck explained by saying that they discussed Batista suddenly finding something like this at last moment, but it appeared that it may take the episode off in an entirely different direction and moving the focus off of how Dexter’s emotional journey had been.

Another thing the finale’s haters didn’t care about, was the way Dexter threw Debra’s to the ocean. That action was perceived as disrespectful and selfish.

However, there’s a great number of other fans who believe the ending was brilliant.

A viewer identified as Thrillseeker303 said, “The ending actually redeemed most of season 8. And most of that is due to the wonderful music on those sad scenes where. It made me feel sad for both Dexter and Deb’s unfortunate fate”. And another fan who enjoyed the finale and calls himself ronojeet8429 stated, “I think it was a good ending because his actions post what happened to Deb seemed justified to me and the fact that the punishment that he imposed on himself seemed more fitting than anything else that has been suggested. Also more brutal”.

This controversial finale will not be the last we see of Dexter, though. Showtime entertainment president David Nevins has expressed his desire to keep the show alive somehow and the network recently signed Scott Buck for a two-year overall deal, which is an unusual move for Showtime. There has been talk about a possible spinoff, but the future remains unclear. “We’re nowhere yet, but I do feel like Dexter is such a core franchise to Showtime,” Nevins stated at a September Paley Center event celebrating the show.  He has also said “It’s not necessarily a spinoff. All options will be explored. We’re really not dealing with it at all until we’re through this season and maybe for a while thereafter.”