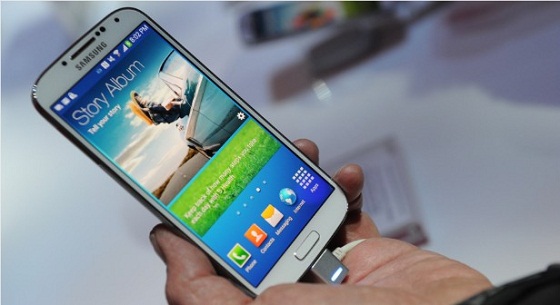 Cell phones became popular a few years back, but they didn’t reach the extreme height of popularity came with the launch of smartphones in 2007. That’s when the market really stated booming and it became a flood of smartphones. However, just like the rise came the fall or the semi-fall. It seems that the popularity might be waning just a little bit, especially of flagship phones that carry very expensive price tags. Analysts believe that this is really happening and the smartphone market has become saturated. They have cited the weaker than expected performance from the devices of HTC Corp and Samsung Electronics and also the entry of Apple Inc. in the low-level market that was deemed to be impossible.

The biggest example is that in the high-end market multiple devices have been introduced by Samsung that share almost the same and confusing names. In comparison, HTC is playing a very Apple-like game of releasing only one or two devices. That makes a total of 7 phones in the high-end market and based on the Android operating system. If we start counting all the smartphones that are based only on the Android ecosystem alone, it’s going to become a very huge list.

Apart from that, Nokia is launching its own take of smartphones that are based on the Windows Operating system. Hence, if slowdown is being experienced by HTC and Samsung then the analysts can only imagine the share of market possessed by Nokia, which is using the single-digit market share owned by the Windows Phone. Not only is this the situation, but there is another problem rising. There is intense competition in the flagship room where there are plenty of expensive smartphones. What’s more is that HTC, Apple, Samsung and other smartphone manufacturers also have to contend with the rising number of cheap smartphones.

Therefore, it’s unsurprising to discover that Nokia, Samsung and even Apple are competing in this space as well. According to the research carried out, expensive smartphones are gaining as much popularity in emerging markets. For instance, in most emerging markets like India and China, phones that have price tags between $150 to $300 are in great demand. This fact is known by the mobile manufacturers and they are designing phones accordingly. It has been said by analysts that there is no doubt that expensive phones are still desired by people.

However, manufacturers have to understand that if they wish to generate additional revenue, they will also have to participate in the cheap game. This means bad news for most smartphone companies, but it’s the worst for Apple. This means that the company will have to dump their super premium image if they want to retain the positivity in their profits. The smartphone market has become saturated for now and if things don’t pick up, it may eventually start declining even more severely. This could lead to heavy losses, especially for the small players in the market who have a lot riding on the smartphones and may end up going bankrupt.

The author is a Technology News Writer working and is associated with TechBurgeon.com.