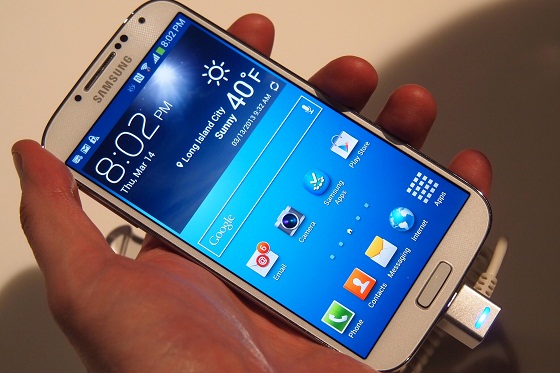 Based in Suwon, South Korea, Samsung Electronics is one of the well-recognized companies of the world and has become a force to be reckoned with in the global mobile phone market, rivaling the likes of Apple Inc. It is regarded as the largest information technology company of the world and is also the largest vendor in the mobile and smartphone markets. The company is also dominating in various other industries. Samsung shot to popularity in the smartphone market when it launched its Galaxy line of smartphones. The Galaxy S3 became the best-selling phone of 2012 as it racked up impressive sale figures.

On 27th April 2013, Samsung Electronics introduced its next smartphone in the Galaxy S series, the Samsung Galaxy S4. Before its launch, there had been considerable hype about the successor of the S3 and there had been speculation whether it would be able to meet expectations or not. According to the latest sales figures and reports coming in, the Galaxy S4 has fulfilled the number of predicted sales of the South Korean manufacturer. It was announced by the manufacturer that the device has topped the sales mark of 10 million in record time. It has been less than a month since the smartphone was launched and it has reached its expected sales figure.

The South Korean electronics giant stated that the Galaxy S4 had managed to set a new record for the company as it had managed to generate sales even quicker than all of its predecessors. Also, the company had added that according to its estimates, the device is selling at a very fast rate of four units per second. As compared to the Galaxy S4, its predecessor, the Galaxy S3 had taken approximately 50 days in order to reach the 10 million mark. The same number had been achieved by the S and S2 in seven and five months respectively.

This newest addition to the four-year old Galaxy franchise of smartphones may be useful for the company in maintaining the leadership it has been holding in the $294 billion global smartphone market. This can be useful for the company amidst the rising competition it has been facing from Huawei Technologies Co. and LG Electronics Inc. and even from Apple Inc. that had managed to sell five million units of the iPhone 5 in three days of release of the phone. However, Apple isn’t expected to launch a new phone until the next quarter of the year.

In the first quarter of 2013, Samsung was holding 31.7% of the global market share and was considerably ahead of the 17.3% held by Apple and 4.7% of LG. According to the IDC and other research firms, the market share of Samsung, Huawei and LG improved this year while Apple’s declined. However, the share of Apple in sales value is higher because the company is known for selling high value devices. The Galaxy S4 has received mixed reviews from the critics since its release where most critics are calling the device a disappointment in comparison to S3