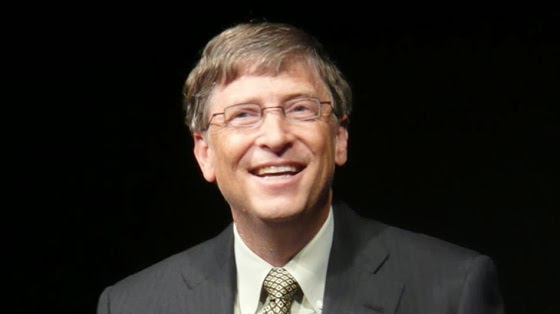 New reports have surfaced regarding the software giant, Microsoft Corp. According to them, the board of the company is being pressurized by three of the top Microsoft investors to force Bill Gates in stepping down from his role of Chairman. Bill Gates co-founded the company about 38 years ago and the company is now worth $277 billion. The Chief Executive Officer of the company, Steve Ballmer has been under pressure for years as he was given the role of improving the performance and the share price of the company. However, it is the first time that the investors have aimed at Gates, who is regarded as an influential and respected figure in the field of technology.

No comment was made by a representative of Microsoft Corp. Despite the pressure, there is no indication that the request of the three investors will be tolerated by the Microsoft board. According to the sources, when combined, all three investors hold about 5% of the company. However, it was requested by the sources that the identity of the investors should not be revealed because this discussion was simply a private matter. Bill Gates is the largest individual shareholder of Microsoft owning about 4.5%.

The three Microsoft investors have made this suggestion because they are concerned that the adoption of new strategies is prevented because of the role of Chairman held by gates. They have an objection to Gate’s presence in the committee that has been chosen to select a successor of CEO Ballmer, who has announced his decision of retirement. They are worried that the power of the CEO of making substantial changes will be limited as long as Bill Gates remains chairman. It is another concern that in comparison to his declining shareholding, Gates, who devotes most of his time to his philanthropic foundation, wields extra power.

Before Microsoft went public in 1986, Bill Gates had owned about 49% of the company, but as per a pre-set plan, he sells of about 80 million shares of the company every year. If this cycle is continued, Gates will lose his entire financial state in the company in the year 2018. In 2000, after handing the role of CEO to Ballmer, Bill Gates lowered his profile and instead shifted his focus on his Bill and Melinda Gates Foundation. Ballmer had announced in August that he would be retiring in a year, amidst pressure from investors.

The hunt for a new CEO has begun at Microsoft, although the board has stated that his strategy of turning prominent software into services will still be followed through. However, some investors are of the opinion that the new CEO should not be forced to follow through this strategy. Mixed reactions were seen amongst shareholders when they heard that investors were lobbying for ousting Bill Gates from his role of Chairman of the company. Some are of the opinion that fresh eyes are needed while others maintain that he should be asked to play a larger role instead of ditching him.