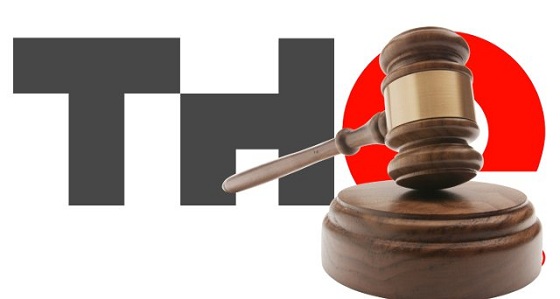 A North American publisher and developer of video games, THQ Inc. was well-known for developing products for video game consoles, hand held consoles and even for personal computers. Since its establishment in 1989, the company had introduced a number of games that had become quite successful in the gaming industry. Some popular names include that of Red Faction series, Saints Row series, Company of Heroes and Frontlines: Fuel of War. However, for the last several years, the company had been struggling with an increasing amount of debt and rising financial troubles that forced it to file for bankruptcy in December 2012. Since January 2013, the company has been in liquidation.

The company held an auction on January 22nd, where it sold off nearly all of its studios and related properties to other video game developers, with the exception of one. Now, we know the fate of the remaining assets as well. Majority of the remaining THQ IPs including Red Faction, Darksiders and MX VS ATV were secured by Nordic Games. A three-way bidding war took place between Gearbox, Paradox Interactive and Aspyr Media for the Homeworld IP of THQ. It was taken up by the Borderland developer for about $1.3 million.

On the other end, it came out that THQ owes Codemaster about $1 million when the publisher made a claim. Earlier this month, a claim was filed by Codemaster against the collapsed company. It wasn’t clear as to why THQ would actually owe any money to Codemaster, much less $1 million. However, it is more than likely that the debt was linked to the distribution deal that was to be made between these two companies about a year ago. A distribution deal had been announced by THQ with Codemaster in 2011. According to this deal THQ would use its partners label for distributing Body Count, Operation Flashpoint: Red River, DiRT 3 and F1 2011 within the US.

Nonetheless, the deal turned out to be very short-lived. The rights of distributing the titles of Codemasters in the US were usurped by Warner Bros in 2012. Apart from this loan that has to be repaid to Codemaster, THQ also owes a sum of $595, 000 to Double Fine Productions, the developer of Brutal Legend. This is perhaps in return for the work done on Stacking and Costume Quest. The publisher also has to pay a sum of $19, 316 to Konami.

Moreover, it doesn’t seem that troubles for the company are over because it also has to pay around $1 million to Microsoft. This includes the sum of $888, 652 to Microsoft Leasing and $213, 772 to Microsoft Corp. In addition, claims against the company have also been made by the ex-president of the company, Jason Rubin, which are almost more than $10 million. The company still has lots of debts to pay and it announced that from the latest sales of its franchises such as the Darksiders and Homeworld, the company had managed to raise the sum of $6.55 million.