Release Date of DVD and Blue Ray of The Legend of Korra Book One: Air

Legend of Korra completed its fabulous debut on Nickelodeon last year. Now is the time to making announcements on the details regarding the Book One DVD and the Blue Ray for the highly famous follow-up series. 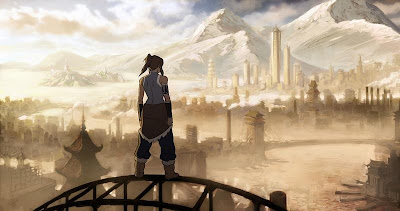 There is an announcement for the fans that they are going to be able to get The Legend of Korra on 9th July 2013. It will involve all the 12 episodes of the series in it. It will be a treat for fans actually. It is said that it is going to score the first TV series that Nickelodeon will ever release and the Blue Ray of it will possess some particular features like: