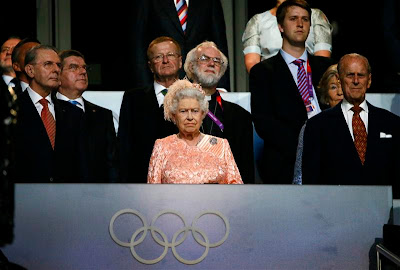 Hosting Olympic Games is a dream for many countries and that’s why there is a great package created by all the candidates to convince the IOC when the selection process is going. Videos, pictures, speeches and a lot of other things are shown to the IOC officials to convince them that a city (which is of course in a country) is eligible to hold the Olympic Games. Hundreds of cities from around the world wish to hold the Olympic Games even if it’s once and for all. London is one of the most blessed and privileged city to have hosted the Olympic Games three times including the Olympic Games 2012. It’s a memory, an achievement and history in writing that London is holding the Olympic Games 2012, which is something that no other city has achieved in the world.
The first Olympic Games hosted by London were in 1908, second time was in 1948 and the third time is in 2012. A lot has happened in between and Olympic Games have gone through a lot during all this time. We can say that London has been lucky on many occasions as well since the first Olympic Games that were held in London in 1908 were not supposed to be held here. The 1908 Olympics were going to be held in Rome but it was Mount Vesuvius that didn’t seem quite happy with the decision and erupted badly. Due to the eruption, Italy had to forfeit its dream of hosting the Olympic Games but on the other hand, some country had to step in and take the responsibility of hosting the games. It was London and thus London hosted its first Olympic Games in 1908.
Then in 1944 London once again had the privilege of hosting the games but World War II compelled IOC to postpone the games, which were then held in 1948. The venue wasn’t changed and it was London once again hosting the Olympic Games and this time the lucky thing for London was that these Olympic Games were the first ones to ever reveal on TV screens. After a gap of 64 years, London has finally been chosen to host the games once again. Though it is a huge achievement for London but we never know London might achieve even a bigger success in future. For now, let’s see which nation out of 204 wins the most number of gold medals and rewards.