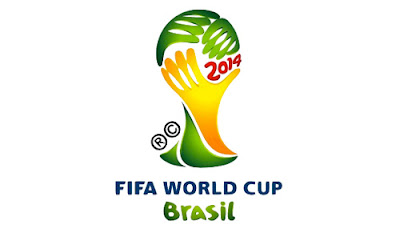 Millions of people are waiting for the exciting moments of FIFA World Cup 2014 (June 12 to July 13, 2014) which has been scheduled to be held in Brazil. There are four countries (Italy, Mexico, Germany as well as France) yet which have hosted world cup twice and Brazil is going to be the fifth country as it has already hosted the event of world cup earlier in 1950. This is the second successive world cup which is being held outside the Europe. This is also a point to be noted that this is the first time when two consecutive events of FIFA world cup are held in southern hemisphere as the last FIFA World Cup was staged in South Africa in 2010. Brazilians have been putting a lot of efforts to bring an outstanding official emblem for World Cup 2014.

An official Emblem has been designed for FIFA World Cup which will be a keystone for the identity of the brand of event. The new design emblem signifies an involvement with the flagship of football and it will remain the minds of fans to keep them involved even after it will be over. The major role of this emblem is to offer an influential visual demonstration of the host country as well as this mega event. Definitely the designing of this official emblem has not been an easy task. LOC (Local Organizing Committee) of Brazil had tried to exemplify and portray the colorful as well as vivacious Brazil through the official emblem of FIFA World Cup 2014. Brazil will be demonstrating its original face as a country with rich culture and traditions. Brazil got a potential to become a very modern and one of the most influential business market.

Twenty five Brazil based designing agencies were invited by FIFA as well as LOC of Brazil to submit the designs for official Emblem for the World Cup 2014. These agencies have been advised to exhibit the modernity and the diversity of Brazil through the official emblem. More than hundred and twenty five designs were submitted by the end of closing date. These designs have been reviewed by the FIFA and LOC to shortlist the designs. Inspiration of the winning design is expressed by three triumphant hands which are shown through an iconic photograph. Colors of hands in the emblem are welcoming the people from all over the world to explore the shores of Brazil.