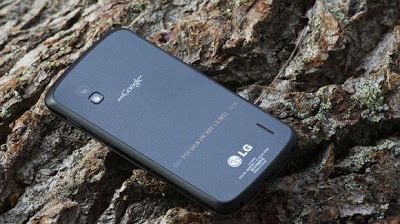 LG has brought up Nexus 4 (Nexus LG E960) which offers you the similar kind of screen display effects which have been experienced by the users of iPhone 5 (Retina Display). It comes with very swift processor (quad core) as well as a large battery.

As you know that Nexus phones do not offer the extension of internal memory so you should not expect to enhance its internal storage media which is available from 8 gigabytes to 16 gigabytes. LG Nexus 4 will be utilizing the most recent Google Operating System Android 4.2 which is also very well known with the name of Jelly Beans. Some users might not like to hear that LG Nexus 4 will not work with 4G-LTE Networks of Australia. 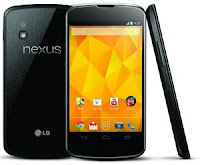 As it has been already mentioned that Nexus 4 is built by LG with different amount of storage space available in market simultaneously but all other specification will be same so the price tags for Nexus 4 will differ according to its offered storage space. You can check the updates regarding the price online. Nexus 4 is supplied with 2 gigabytes RAM to offer you extraordinary experience. Regardless of the affordable price, you can enjoy the striking and inspiring specified features of LG Nexus 4. Its quad core (Qualcomm) Snapdragon S-4 processor offers you to experience 1.5 gigahertz speed. It is equipped with 4.7 inches display screen with high resolution (320 ppi). You will find the screen resolution of LG Nexus 4 very close to Retina Display of iPhone which is 326 pixels per inch. LG Nexus 4 is also armed with back facing camera (8 MP) and a front facing camera for self capture (1.3 MP).

Specially for those who intend to buy Nexus 4 to utilize it in Australia: though it does not offer connectivity for 4G LTE but it supports for rapid data transfer for 3G devices with all service providers and networks along with HSPA. It supports the communication with NFC (Near Field Communication) as well as offers wireless charging which does not weigh more than 139 gm. So this is the first Nexus device which has been manufactured through collaboration of Google and LG. Earlier Google has been working in collaboration with some other companies such as Samsung and HTC to manufacture Nexus Devices. Google has also announced to develop Nexus Tablet as well as SmartPhone which is going to be manufactured with collaboration of some other hardware developer company.