More Details About HTC One Max 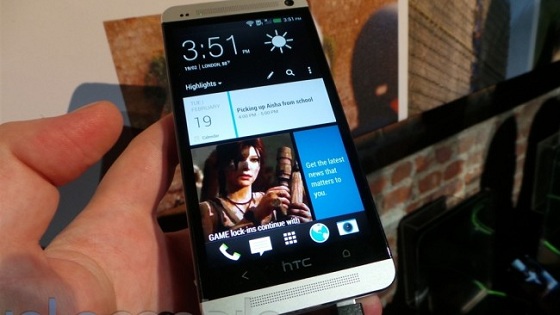 HTC Corp is a Taiwanese manufacturer of smartphones and tablets and is one of the major players in the market. Initially, the company had started out making smartphones that were based on the Windows Phone OS, but it didn’t take long for HTC to switch to Android operating system for its smartphones. However, the company seems to be struggling in the market as its facing heavy competition from Samsung and Apple. Earlier this year, the Taiwanese manufacturer had released its own flagship smartphone that was called the HTC One and the company had a lot of expectations regarding the phone.

From the sales figures, it can be assumed that the phone has become a success amongst customers. Therefore, HTC decided to launch a mid-range version of this phone, which is being released in the form of the HTC One Mini, quite similar to the Mini version that Samsung launches for its flagship smartphones. However, the Taiwanese manufacturer has decided to follow Samsung’s lead and is launching a third variant of their flagship phone. This is the HTC One Max, which has been tipped to have a large screen and will be competing with the upcoming Samsung Galaxy Note 3.

Some new reports have come to light that have discussed the potential release date of this forthcoming phone from HTC. Some specifications of the handset have also been discussed. It is being said that the HTC One Max will have a release date in the third quarter because the company wishes to take its first steps in the expanding phablet market. An early September launch can be expected as it has been revealed by sources having an insight to the development process. It has also been reported that the Taiwanese manufacturer wishes to launch this phone ahead of the Note 3 that will be launched by its competitor.

The Note 3 has been given a release date on IFA 2013 and HTC might end up launching the phone at the end of August. Some super specification will be included in the HTC One Max according to the latest reports. The same high quality design will be maintained that has been shown on the other two variants of the phone. Apart from that, the new large screen is a feature that’s bound to draw the attention of the consumers and is said to be around 5.9 inches, which is considerable. A 1080 Full HD resolution will also be offered by the new device.

In the performance department as well, the phone is set to be impressive as it will boast a new Qualcomm Snapdragon 800 processing chip. The phone will be able to perform excellent multitasking and will have a very powerful RAM. However, it is not yet clear if HTC is planning to introduce the Stylus support with this phone. This technology has been used by the company before and is an inherent part of the Note 3 series of Samsung. Nonetheless, HTC really seems to be entering the phablet market with this innovative phone.