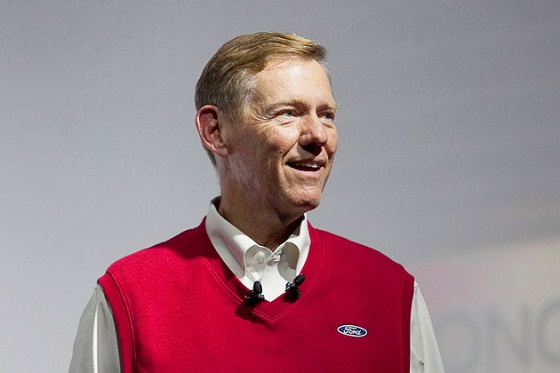 Microsoft Corporation is a well-recognized name in the information technology market as the firm had once dominated there. However, the software corporation has recently lost its ground to competitors like Apple and Google as the tech world is evolving and people are shifting to smartphone and tablets instead of traditional computers, of which Microsoft is king. Steve Ballmer is the current chief executive officer of the company, but he had just announced that he would be taking an early retirement. Mr. Ballmer has been considerably criticized for his actions as CEO due to which people were not surprised at his decision.

Of the top 20 investors of Microsoft, at least three want to see a turnaround expert take up the position of CEO and have therefore encouraged the board of directors of the technology giant to consider Computer Sciences Corp CEO Mike Lawrie and Ford Motor Co CEO Alan Mulally for this position. The CEO search is being conducted by a special committee of the board and the advisers are conducting meetings with the shareholders after Mr. Ballmer had announced his decision of retirement late last month. According to the sources close to the matter, the company could name CEO as early as the end of this year.

In one related meeting, the software giant had started with a list of 40 candidates, which included both internal and external and had narrowed it down considerably. However, it wasn’t clear as yet if the board of the company had actually reached out to any of the potential candidates that had been recommended by investors or whether it is even taking them into consideration. The company did not reveal the names of other candidates on the possible shortlist and did not make any comments when asked about this matter. Neither could the two candidates be reached for a comment.

However, last week, Alan Mulallay had stated that he was totally committed to his company. The hunt for the new chief executive of the largest software maker of the world is being closely watched by the technology sector. Although Microsoft is still quite profitable, the company is struggling to gain ground in mobile device market. In July, the company had announced that it would be undertaking a huge reorganization, but so far hasn’t provided any good results with this strategy either. It became apparent that shareholders had lost confidence in Steve Ballmer because soon after his retirement news hit, the share price of the company increased by 7%.

Last week, Microsoft had announced that it would be purchasing Nokia’s mobile device business and licensing its patents. However, this had decreased the share price by 6% because investors stated that Nokia was an underperforming unit and had made a loss in 2012. Nonetheless, this takeover will bring Stephen Elop back to Microsoft after he had jumped shipped in 2010. He is another likely candidate for succeeding Steve Ballmer as CEO. The new choice will be vetoed by Bill Gates, the co-founder and the largest shareholder of the company.