Microsoft Goes After Google With Gmail!

As we all know, Microsoft is regarded as the largest software maker of the world for its revenues and is a dominant force in the PC market. On the other hand, there is Google Inc., which is also an American multinational offering numerous products and services. The company provides cloud computing services, search engine, software and advertising technologies. Microsoft and Google are competitors in some markets, but it’s Google that holds the upper hand mostly. 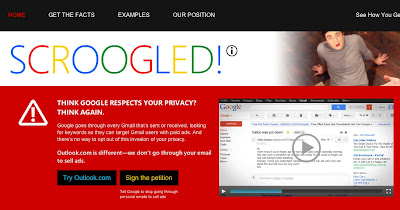 A few weeks earlier, Microsoft Corp launched a direct attack on Google Search. However, nothing came off it, but it seems that the computer giant is back on the war path with another portion of its campaign against Google. This time, the company has aimed at Gmail. In the latest accusation, Microsoft has brought forward a complete website as well as series of demonstration videos that show how email data is handled by Gmail. The first video is focused on the targeted ads that appear on Gmail and are based on the conversations people have in their emails.
At the end of the video, a comment of the former Chief Executive Officer of Google Eric Schmidt is delivered. The comment became infamous as it stated that Google does not cross the line of privacy, but borders on creepy. A matter-of-fact and light hearted approach is used in other videos where an office worker is explaining how email scanning of Gmail works to provide targeted ads. A closer look at the website outlines the differences between Gmail and Microsoft’s Outlook and stories about Google and privacy issues are also detailed. 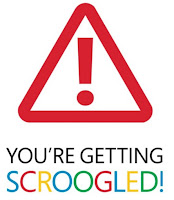 A number of people might consider it hypocritical because Microsoft says on its website that personalized content might be displayed in advertising. However, on the website, Microsoft has stated that emails are only scanned for spam and security, similar to the way postal services scan letters. It stated that the company does not make use of the private content of emails, documents and communications for indulging in target advertising. The website also shows a survey which revealed that around 70% of users on Gmail are not aware that their content and private emails are read for the purpose of delivering targeted advertisements to them.
This issue about Gmail has been raised before. Nonetheless, on Google’s website, the internet giant asserted that it also scans Gmail messages for the purpose of filtering out spam and for other security related reasons like detection of viruses. Also, the same scanning technology is used for the purpose of delivering targeted advertisements to customers. Google mentioned that only technology is used and no human is going through emails. The procedure is fully automated. Experts say that the campaign by Microsoft is not fair. However, users of Gmail should keep these issues in mind if they have any privacy concerns.