Is There Such Thing as a “Dangerous Breed”? 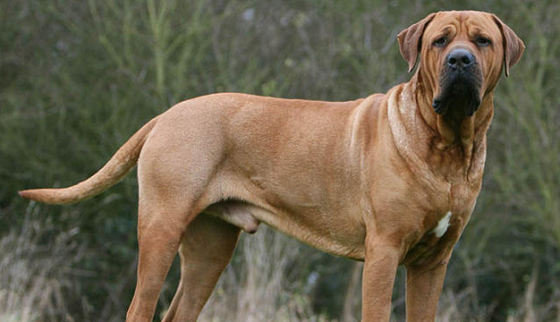 In 2012, animal lovers from all over the world were heartbroken when they learned Wicca’s story. Wicca was a pitbull from Canada, who was euthanized just for being a pitbull. The city of Montreal killed the dog, ignoring thousands of requests to save her life. It all started when Wicca allegedly bit a woman and subsequently nipped an ambulance technician who treated the woman. The dog’s owner claimed that Wicca only jumped on the two so called victims because they scared her.  According to the owner, “The lady never went to the hospital. She never got stitches”. The problem was that the city of Montreal is allowed to kill dogs considered among dangerous breed, such as Pitbulls, without evidence. A law says so. And this type of breed-specific legislations exist in many cities around the globe.

Breed Specific Legislation (BLS) is to use the law to regulate and restrict dog ownership based solely on their breed. It’s based on the idea that certain dog breeds are bad by nature and are innately more aggressive than others. Is that so?

Many people believe that no breed should be labeled as “bad” or “dangerous”. Patricia Abala, who organizes dog shows, stated “Pitbulls are not dangerous, as long as you handle them correctly since they are puppies, like any other dog”.  And she added, “Many people think that to have a good guardian dog it’s necessary to abuse him, to have it always tied or get him used to beating. The only thing you achieve with this is potent the aggression. In every case where a dog attacks a human there’s always a history of abuse and wrong training. The animal is first a victim, then an aggressor”.

The truth is that all dogs have the same number of chromosomes. Hence, they are the same from a genetic point of view. “No dog is dangerous per se. It depends on its inheritance and stimuli (positive or negative) he receives”, affirmed Dr. Fernando Catrina, director of the Center of Prevention, Diagnosis and Treatment of Problems in Canine and Feline Behavior”, in the city of Cordoba, Argentina. Catrina also explained, “The most important is the sensitive period of the animal’s development. The first four months of his life. It’s when the dog adapts to the stimuli he gets. The dog is born with an immature nervous system and its sensorial capacity augments through the maturity of its sensorial organs, such as smell, vision and hearing”.

In a forum where this topic was heatedly debated, a woman identified as Gigi Monzón stated, “I worked on a pediatric ER, and most of the kids attacked by dogs were attacked by small dogs. More than once those small dogs disfigured kids because the kids put their faces in the dog’s mouth. The thing is that with big dogs the attack tends to be fatal, so they get more media attention”.

“There are no dangerous breeds, only irresponsible owners”, concluded another woman called Mescalita Vero. “If you raise it properly the dog will be wonderful”.