Irish Tax Holiday A Boon For Apple From The Start 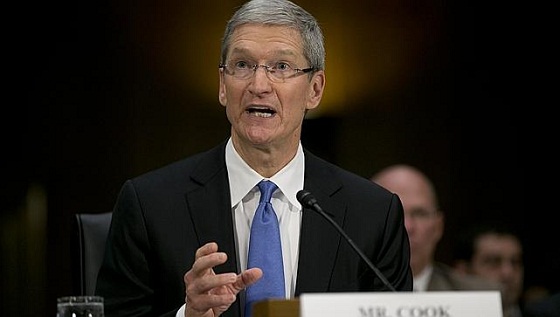 Based in Cupertino, California, Apple has had its offices in other countries as well, including Ireland. Since 1980, Apple has been able to carry out its operations without paying any tax. This is primarily due to the fact that the government of Ireland was keen to bring jobs in the country. Ireland had been included in the list of one of the poorest countries of Europe, according to the Irish officials and former executives.

Criticism was faced by chief executive of Apple Inc. Tim Cook from a Senate subcommittee over the tax practices of the iPad and iPhone maker. The company’s practices had been shrouded from public view because of the other corporate entities that are secretive and tax-exempt. One of the top multinational employers of Ireland, Apple denied the allegations that it had avoided paying billions of dollars in the form of US taxes. Instead, the company said that various research jobs had been funded in the United States, all thanks to the iPhone maker.

However, it was revealed by the Senate committee that the Irish companies of Apple were not tax resident in any jurisdiction and therefore, the company was not paying any tax on most of its overseas earnings in the past few years. The chairman of subcommittee, Senator Carl Levin stated that ‘Holy Grail of tax Avoidance’ had been created by the company.  A former executive of the company and the Irish officials said that the iPhone maker had enjoyed this status of being tax free in Ireland since it entered the country almost thirty-two years ago. For both Cork and Ireland, Apple may have seemed extremely attractive.

This is due to the fact that the unemployment in Cork had been on the rise and its economy was under huge threat. Apple’s staff had had the habit of having meals together in the early days of the company. Now, Apple has become the biggest multinational employer of Ireland and employs around 4000 people. The Vice President of Apple in the 1980s said that the tax concessions for going to Ireland had been very lucrative. Another executive said that for the first 10 years, the company had enjoyed a tax holiday and had not paid any tax at all. Nevertheless, Apple wasn’t the first company to get this concession, although it did take advantage of it the most.

Apple Inc., on the other hand, has stated that it pays all its tax dues in whichever country it operates. Furthermore, the company declined to make any comment on its tax treatment in the 1980s. Payment of tax had become compulsory for companies in Ireland in 1980, but at a lower rate. Regardless, the investment of Apple Inc. had proved to be a major coup for the country because it had been suffering from low rates of employment. Low wage rates of workers were another attractive factor for the American firm.