In The Last Five Years Internet Population Has Doubled 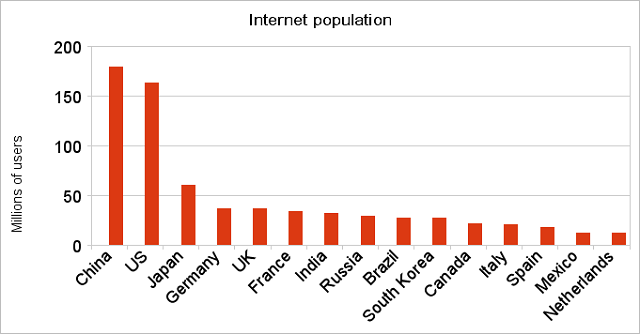 Interconnected computer networks have a global system, which makes use of the Internet Protocol Suite (TCIP/IP). This system is called the internet and it offers its services to billions of users in every part of the globe. The internet is basically the head of all networks; this includes networks of businesses, schools, and public, private, academic and government networks amongst others. With the boom and advancement in information technology, the use of the internet has become quite widespread as it is also a vital and easy source of communication. According to a research, the total of internet users this year has come to 2.27 billion. Five years ago, the number of users was 1.15 billion and this is twice that.

Everyone is aware that the internet is big but these figures and facts really put it into perspective. The World Wide Web rests on top of the strong foundation that has been laid by the internet. Since its arrival, the internet population has continued to swell quite rapidly. Getting used to changes is part of nature but most people have the tendency to forget how quickly the world is undergoing change and continues to change frequently. Thus, the possible size of the online services also expands with the swelling and expansion of the internet.