There are several players in the global smartphone market that are working to get a dominant position in it because of the potential it offers. One of them is HTC Corporation, which is a Taiwanese manufacturer of both tablet computers and smartphones. Initially, the company launched smartphones that were based on the Windows Mobile Operating System of Microsoft, but it later adopted the Android operating system of Google Inc. HTC has a small share of the market and it has launched various models of smartphones. However, the company is not contented with the share it holds and is willing to expand it. That’s why it has released a new smartphone called HTC one. 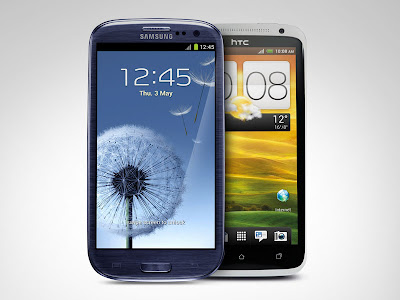 The company is hoping that this new smartphone will set it apart from the host of Google Android devices that are available in the market. HTC is aiming to gain back the ground it has lost to powerful rivals like Apple Inc. and Samsung Electronics. New software has been used by the Taiwanese manufacturer in HTC one in order to distinguish it from the other devices. BlinkFeed Feature is the software that has been incorporated in the phone and this software removes the items on the home screen and uses a personalized stream of photos, social networking updates, videos and news article for replacing them.
The Taiwanese manufacturer is also calling the smartphone the first of its kind to actually have a built-in remote control function. This feature will open a world of windows for cable TV operators and phone vendors and offer them a new profitable business model. HTC is having discussions with cable operators in a variety of countries because it is planning to offer its consumers with a more interactive package. The company can accomplish this by transforming its smartphones into proper remote controls for set-top boxes, TVs and receivers. This information was released by analysts who attended the talks with HTC, but the company itself did not make any comment regarding them.
An analyst for Gartner in Taipei, CK Lu said that new imagination is inspired by the new feature of TV connectivity and it shows how the TV space as well as the smartphone can evolve. He added that deep collaboration could be possible in this manner. Lu mentioned some of the possibilities such as bundle-selling by both cable operators and smartphone makers and co-development of apps that could give sales channels a major boost.
HTC was a successful and early manufacturer of smartphones using the Android operating system. However, its success had been eclipsed by the shine of Samsung Electronics, which made around 42% of the smartphones in the last quarter of 2012. Last week, Gartner said that in smartphone operating systems, Android is expanding its lead because the latest statistics show that 70% of the market comprised of devices based on this operating system. It is only days before the biggest gathering in Barcelona of the mobile phone industry that HTC Corp had launched its new smartphone that features a quad-core processor and a 4.7 inch screen.