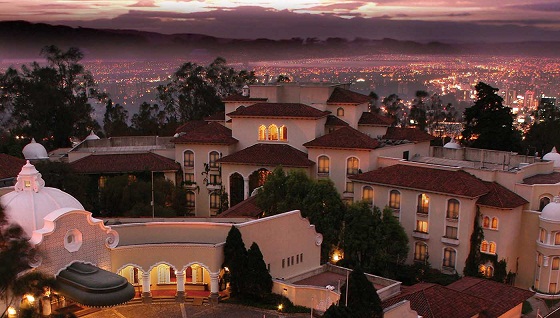 Guatemala is a biodiversity hotspot because of its greatest density of biologically substantial and unique ecosystems. Mountains, semi deserts, sand dune patches, and hilly valley raise the beauty of the Guatemala except for the south coastal and massive part of the northern lowlands. The country is divided into three major regions by two mountain chains that enter Guatemala from west to eastern direction.

Guatemala is one of the Republic States in Central America. It is bordered by the Republic of Mexico on north and west sides. Pacific Ocean is running on the southwest part and Belize is situated on the northeast. Furthermore, Caribbean and Honduras are on the east and El-Salvador is on the southeastern side. Guatemala is a home for around 13,276,500 people and its total area is about 108,890 Km.

Guatemala also carries the values of having 252 wetlands, such as lakes in 5 places, around 61 lagoons, 100 numbers of rivers and four swamps.

Since 1944, Guatemala has been hurt by the civil war. Fortunately, the five decades long civil war ended by UN’s intervention and peace brokerage by countries such as Norway and Spain in 1996. Following the end of civil war, Guatemala shows gradual progress in economic growth and also considerable successful improvements in democracy.

Libraries and Museums are the place that you should visit to observe an extensive collection of Maya artifacts. There is a private museum as well that is called Ixchel where you can find collection of textiles produced in Guatemala.

The country is home to various bodies of water, numerous plant species, and an interesting mix of fauna which is exclusively Guatemalan. Whether you are visiting here for the very first time or you are returning because you couldn’t get enough, don’t miss out on a few of its most fascinating sites to visit as well as activities you will surely enjoy more only in Guatemala.

The key ingredients for the most traditional foods in Guatemala are mainly the corn, chilies and beans. Interestingly, on Thursdays, you can observe that all citizens of Guatemala eat some kind of Tamale produced from potatoes.

Natural catastrophe like hurricane and volcanoes hit Guatemala from time to time. However, the damages that are caused by these catastrophes are not in thousand of lives, like other parts of the world, but in few hundreds in number most of the times.

If you want to taste the real Guatemalan cuisine along with soul-touching music, you should visit Livingston, which is located on the Caribbean coast. You can only reach Livingston by ferries which are available for sailing every day. You can also dance with local people by taking part in the Punta that is the name of a regional dance done with loud beat.

The Atitlan Lake, expressed by Aldous Huxley as the most beautiful lake in the world, has been an added value for Guatemala’s beauty. It is located in the highlands and the lake is a dazzling appearance of natural majesty. The gateway to the lake Atitlan, the city is called Pananjachel where you may meet Mayans and other indigenous people. There are opportunities for discovery and scuba diving.