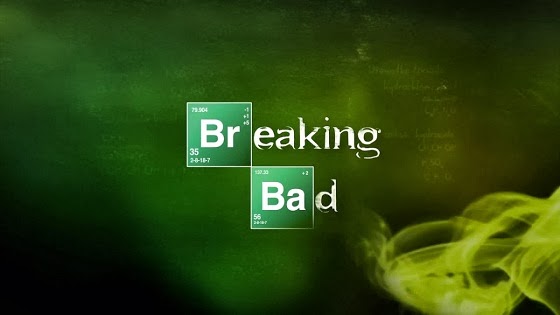 The last episode titled “Felina” was watched by 10.28 million people when it first aired, becoming the most watched episode in the history of Breaking Bad. The last episode also had the highest number of tweets: 1.24 million tweets from 601,370 while it aired on both coasts of the US. It hit a peak of 22,373 tweets per minute when it started on the East Coast. The name of the episode refers to the 1959 song “El Paso” by Marty Robbins, which is about an unnamed cowboy who falls in love with a woman called Felina. The cowboy gets shot by his enemies and dies.

During 5 seasons, 62 episodes, Breaking Bad portrayed one of the most iconic antiheroes of our times: Walter White. He was a chemistry teacher. He spent his days talking about the elements to high school kids who didn’t care about what he was saying. He didn’t make enough money, so he also had a second job as car washer. One day, he finds out that he has lung cancer. His health insurance’s very bad and it won’t cover his whole treatment (this entire show is a public condemnation to the United States’ health care system). He realizes that when he dies, he’ll leave his family with an astronomic debt. Desperate for money,  he decides to use his knowledge of chemistry to manufacture methamphetamines. He allies with a former student of his, Jesse Pinkman, and winds up making the purest methamphetamine ever made, with a distinctive color blue. His powerful product soon becomes very popular. He changes dramatically. By season 5, he’s a ruthless drug lord responsible (directly or indirectly, purposely or not) for the deaths of over 170 people.

In the last episode, called “Felina”, Walter goes to see his former friends, Gretchen and Elliot Schwartz. He shows them the nearly 10 million dollars he made as a drug lord. By threatening them, he forces them to give that money to his son, making it look like a charitable donation from two liberals ashamed of their connection to Walter White. He even tells them that he hired the best assassins to make sure they comply, even after he dies (It turns out that the supposed assassins are Badger and Skinny Pete, two characters who wouldn’t actually kill a fly. This shows that Walker was only making an empty threat). Gretchen and Elliot believe him and it’s plain to see in their faces that they will do as told. So, Walter managed to provide for his family, which was his goal through the entire show.

Our antihero also managed to save his wife from many years in prison. He visits his wife, Skyler, and gives her the location of two bodies the police is trying desperately to find (Hank and Gomez’s). She’ll be able to use that information to get a deal with the prosecutors. In addition, in what’s probably the most poignant moment of the Breaking Bad’s finale, he finally admits to her what the viewers had been saying for a long time: that he didn’t cook meth for his family, but because he liked it, because it made him feel alive, and his ego was his big motivator.

Besides leaving tons of money for his family and protecting his wife from legal problems, Walter also succeeds in killing all the enemies he had left.

He first meets with Lydia Rodarte-Quayles (a methylamine supplier that threatened to kill his family) at a cafe under false pretexts and somehow changes her stevia packet with ricin, which she pours into her tea (It’s not actually plausible that he achieved this considering that Lydia was looking at him the entire time. But it’s worth suspending disbelief) . She’s later seen sick from the poison, but her death doesn’t happen on-screen.

However, what’s much more impressive is the way he kills an entire group of neo-Nazis (A group that had ripped Walter off and killed his brother-in-law). It’s a thrilling scene. Walter assembles some sort of devise with a M6 machine that he can control remotely with a Chinese made UN-4001 Central Car Lock System. He goes to the Nazi’s compound pretending he wants to make a deal, concealing the M60 in the trunk of his car. When he himself and Jesse Pinkman are safe in the ground, he activates the devise by hitting the trunk-opener on his car keys. The machine-gun begins firing everywhere, killing instantly most of the bad guys. Todd Alquist survives the shooting but is chocked to death by Jesse. Jack Welker, the leader of the group, survives the big shooting, but is murdered by Walter right afterwards.

In a very intense moment, Walter gives Jesse a gun and tells him: “Do it”. Walter obviously wants to die and wants Jesse to kill him. Our anti-hero purposely let Jesse’s girlfriend die at the end of Season 2 and poisoned Jesse’s stepson at the end of Season 4. And Walter very well knows that he deserves to die by Jesse’s hands (Bryan Cranston does a very good job conveying that emotion). Yet, Jesse refuses to be the one killing Walter, probably because he doesn’t want another death on his conscience. Jesse takes off driving away from the compound where he had been held captive. It’s a fitting sort-of-happy ending for that young man who never had the stomach for the drug business.

But Walter had already been wounded in the big shooting. Seriously injured, he walks to the compound’s meth lav. He caresses the equipment, marveling in the science of it. He probably recalls his glorious days of cooking meth. Finally, he succumbs to his injuries and dies just before the police’s arrival.

In the very symbolic last shot of the series, Walt is lying flat on the floor of the meth lab with his arms spread out of his body, as if he had been crucified. He dies with a serene expression on his face.