Eric Schmidt, Google’s Boss Under Fire Due To Comments 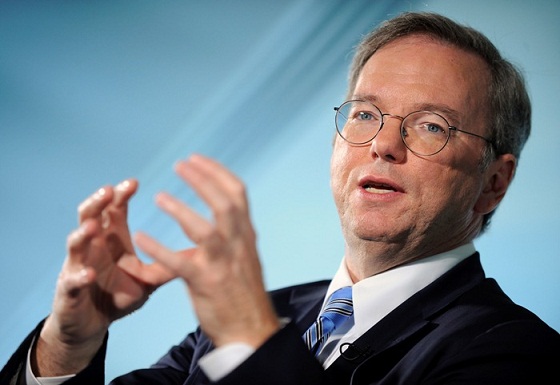 An American multinational corporation, Google Inc. offers people an array of internet related products and services. It is often regarded as the internet giant because it dominates the internet market and earns billions of dollar worth of profit consistently. However, the company’s tax paying habits have just come under observation and have sparked some negative response. It was discovered that despite earning around 2.6 billion pounds in UK, Google Inc. only pays tax of about 6 million pounds as it takes advantage of the loopholes in the tax laws. Eric Schmidt, boss of Google Inc. justified this action by stating that the company helps startups in the UK, so it’s okay to cut back on tax.

Mr. Schmidt suggested that their contribution to the British economy was more important as compared to their obligation of paying the fair share of tax. In reaction, senior MPs made a request to David Cameron and asked him to strip Schmidt of his role of government adviser because of his comments. Eric Schmidt, the executive chairman of Google, came under the fire of politicians from all three parties. Anomalies in international laws are used by Google for moving their profits into low-tax jurisdiction, even when activities in Britain generate them.

Tackling this practice of companies has been made a priority by Chancellor George Osborne. Nonetheless, Eric Schmidt defended the practice of his company during an interview with the BBC. He was of the opinion that the company made a very valuable contribution to the UK economy, which was worth more than the tax paid to the Exchequer. He said that Google used advertising networks for powering startups that are worth billions of pounds and was the key factor that led to the expansion of electronic commerce in Britain. He also discussed the company’s employees in Britain.

Mr. Schmidt said that the people employed in Britain are citizens of UK and are paying their taxes as well as making a contribution to the overall GDP of the country. In regard to their tax paying policy, Schmidt said that they paid taxes as per the law and they would comply if there were changes made with the law. MPs condemned the comments made by him as according to them, most of the investment in the broadband internet infrastructure, which had boosted the growth of Google had been provided by the taxpayers.

The chairman of Commons Public Accounts Committee (PAC), Margaret Hodge, stated that the government should consider the decision of keeping Mr. Schmidt on its Business Advisory Group, especially if Google did not change its tax position. The PAC was responsible for investigating the tax practices of the numerous multinational companies. Mr. Schmidt’s position was also questioned by a government source, which said that Google wasn’t making that big an investment in the UK economy. He said that they only appear important from the outside, but they are making insubstantial investment in Britain as it’s shown from a closer look. Stronger international laws have to be developed to ensure that global companies pay their tax.