Jeffrey Cooke, an astrophysicist of Swinburne University of Technology Australia has discovered two different supernovas secluded universe which are around 10-100 times luminous as compare to the other supernovas of their type. According to Jeffrey the significance of these supernovas is that they are the most distant supernovas which have been discovered yet. Light of the discovered supernovas have been studied it is revealed that this light carrier great information about the early life of the universe. As the matter of the fact origin of these brighter supernovas could not be understood very well. On the other hand, it is being considered as a smaller subset of the huge stars (150-250 times bigger than our sun) as they keep on undergoing explosions because of certain nuclear reactions. 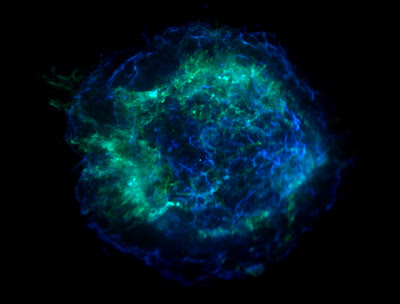 This process is a bit different from other similar types of supernovas. According to statement by the Research Department of Swinburne University, they expect these kinds of events to be occurred more repeatedly in the early age of universe and it was the time when massive and huge stars were more common. So one may ask that what is the point of motivation and attraction to research about these newly founded supernovas. There are two main factors which could draw attention of Jeffrey Cooke to study the mentioned supernovas: Tremendous brightness and expectations for great frequency. These are the two major aspects which encouraged the Jeffrey and his fellow researchers to find more facts figures about the most luminous supernovas.

These supernovas are greater than 2 at redshifts and there correspondence of over ten billion years before when the age of this universe was even less than ¼ 0f its current age.

Cooke explained in his statement that they are using a very novel image focus stacking technique (a process of digital imaging in which multiple photos are combined together) through which they are monitoring thousands of newborn galaxies. He also said that they are trying to target the galaxies which forming new stars very rapidly. He expressed that the rapid growth of stars from galaxies increase their chances to discover more supernovas. The researches have broken the record of redshift 2.36 for Supernova as they have discovered supernovae at 2.05 as well as 3.90 redshifts. They used a huge Keck Telescope to find out these supernovas in Hawaii. The search for the more supernovas is still on going through the bulky volume of early universe.