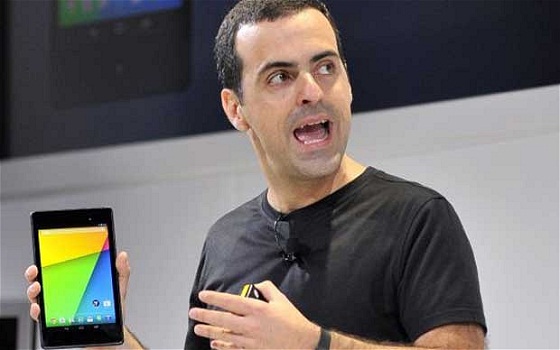 One of the most renowned companies of the world today is Google Inc. Known primarily for its web search engine; the company has diversified greatly and is a major player in several markets. Its Android operating system currently forms the backbone of the smartphone market as more than 70% smartphones that are sold today are based on it. The company continues to expand and diversify and is currently working on its epic Google Glass, a venture that it’s making in wearable technology. The company is positively thriving. Therefore, it might come as a surprise for many that one of Google’s top executives, Hugo Barra is actually leaving the company.

He is giving up his position in Google to join the up-and-coming Chinese tech firm Xiaomi. Mr. Barra has been part of the company since 2008 and was the vice president of the product management department for the mobile platform Android. The departure was confirmed by the company officially and they wished him well in the future. A spokesman of the company said that his presence would indeed be missed, but the company was happy that he had chosen to stay within the ecosystem of the Android OS.

Hugo Barra discussed his departure from the company at the social network Google+. He stated that he was going to start a new chapter in his life after having been a part of Google for the past five and a half years, three of which he had devoted to the Android OS. He also mentioned that he was taking up the position of Vice President of Xiaomi Global and would be joining its team to help the company in expanding its splendid product portfolio globally. Xiaomi is based in Beijing, China and is known for making different consumer electronics including smartphones.

The company is excited at the prospect of having Mr. Barra on their team. The company first released its handset in 2011 and has enjoyed a lot of growth since then. Because of the two lucrative investment rounds, the company is now worth a total of $10 billion. However, it has also been accused by critics for taking ideas from Western competitors and lacking in creativity and innovation. Mr. Barra’s departure occurred amidst the news of the split of Sergey Brin, Google’s co-founder and his wife. Mr. Brin is said to be ‘living apart’. It was rumored that he had been involved with a female employee of the company and the same employee had been involved with Mr. Barra previously.

However, a source had stated that the departure of the top executive was completely unrelated to this issue because Mr. Barra had been discussing his move to the Chinese company for a while. Mr. Brin, on the other hand, was married in 2007 to Anne Wojcicki and has two children with her. He got together with Larry Page and found the influential company. According to a spokesman, Mr. Brin and his wife are still together and haven’t separated legally as yet. They still remain friends and partners.