BlackBerry Limited, formerly called Research In Motion Ltd, is a Canadian telecommunication and wireless equipment company, which is the manufacturer of the once infamous BlackBerry smartphones. The company was a pioneer in the global smartphone industry for a long while, until it was invaded by competitors like Apple Inc. and now Samsung Electronics. Since then, the company lost ground in the light of the new phones being launched by these companies. The phones that had been once highly coveted were no longer enough to keep people happy. This caused considerable trouble for the company. Therefore, on 30th January 2013, the company introduced new BlackBerry devices to regain its position in the market. 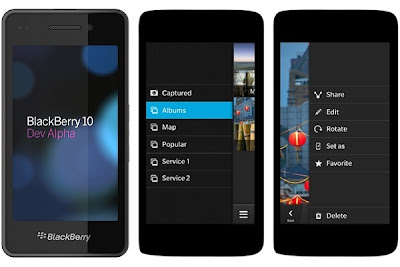 Now, just a week after the launch of the new make-or-break series of smartphones, it seems that BlackBerry is considering a future that will make it the ‘mobile computing’ leader. At least, that’s what Thorsten Heins, the Chief Executive Officer of BlackBerry limited says. The CEO said that the company’s aim is to regain its position of an innovator in a world where smartphones have the processing ability for replacing laptops and tablets. When the company launched its new BlackBerry 10 smartphones, it changed its name from Research in Motion to BlackBerry.
This company that was once the pioneer of on-the-go email is out to explore new territory since it lost ground to nimbler competitors. Heins, who became the CEO nearly a year ago, said that it’s no longer about tablets and smartphones. He said that the architecture that has been developed by the company is a true mobile computing one. He said that it’s not a downgraded or smaller version of a PC operating system. According to the CEO, it was developed from scratch and especially developed for smartphones. There have been strong initial sales of the new devices and there have been positive and glowing reviews as well.
Despite that, some analysts are doubtful of the fact that these devices will help the floundering company in coming back. They do not believe that BlackBerry holds the power to transform the way people think and work and will be able to sell for long. An analyst of IDC, John Jackson said that what analysts care about is the number of devices that will be sold. In addition, he gave his opinion that the BlackBerry 10 devices would have a bright future and the new BlackBerry 10 operating system would enable users to control a number of devices.
He asserted that the company needed to sell devices for now so that they will have time and opportunity to transform into a next-generation mobile platform. Frank Boulben, the marketing head of the company said that they are attempting to do just that. He mentioned that people will soon witness this in the coming year when the new BlackBerry devices will fulfill all their needs on-the-go. The company is stating over and over again that it’s not the device, but the new platform which is going to be exceptional. The company has to be successful with the devices for the short term. The rest is about the platform.
At OnZineArticles, you can always read latest news on Smartphones and Gadgets.