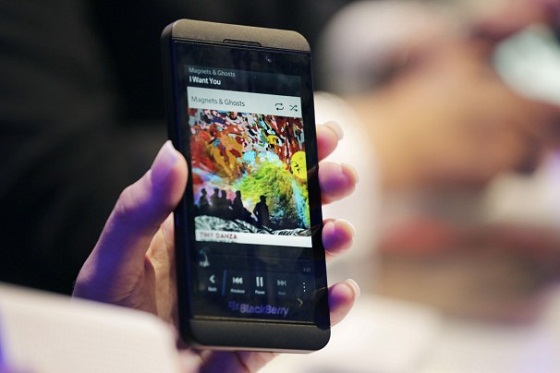 BlackBerry was once a force to be reckoned with in the smartphone market when there weren’t many players. However, in the past couple of years, BlackBerry has seen its market share erode with the introduction of the Android OS of Google Inc. Various other companies have entered the market since then and have gained a stable share. Things haven’t been looking up for the company. Nonetheless, not the one to give up, the Canadian smartphone maker came up with its own new line of smartphones.

BlackBerry had a lot of expectations with its new range of smartphones that it had launched according to the market demand. However, the phones did not garner much success and are still attempting to gain traction in the highly competitive and slowing down smartphone market. Currently, Apple and Samsung are the two firms that are leading this market, Apple with its iPhone and Samsung with its Galaxy range. BlackBerry, on the other hand, has been competing with the Windows Phone for the third place in the market.

But, in a bad turnaround of events for BlackBerry, it seems that Windows Phone has won that battle and the Canadian company has managed to cement the fourth position in the market. More and more data is indicating that the third place has been swapped by the Windows Phone. International Data Corporation (IDC), the research firm has provided this latest information, which indicates that in the second quarter of this year, a total of 6.8 million handsets were sold by the maker of BlackBerry. This is around 2.9% of the total smartphone sales. In comparison, last year, the company had had 4.9% market share and sold around 7.7 million handsets.

According to the firm, the level of BlackBerry sales had never come as low as the level they have reached since IDC had started keeping track of the sales of mobile phones. What’s worse is that the sales figure is a combination of the sales of the two smartphones that were supposed to revive the company; Z10 and Q10. As the sales of the company decline, Windows Phone seems to be climbing up. So far the year-on-year increase of the Windows Phone is about 77%. As compared to the 4.9 million headsets sold last year, this year the sales were about 8.7 million. The majority of the growth is because of the Nokia Lumia smartphones that contribute about 80% of the Windows Phone sales.

In the US, BlackBerry has managed to retain third position because it has around 4.4% market share. However, even this position seems to be in jeopardy. From March to June, the subscribership of BlackBerry decreased by 15%. Even more worrying is that with 3.1% market share, the Windows Phone is nipping at the heels of Blackberry, ready to take over the lead as soon as possible.