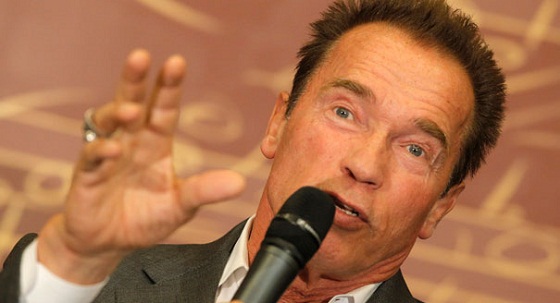 Arnold Schwarzenegger, the action icon, will hop on a zombie bandwagon with an upcoming movie, Maggie. He is going to star and produce the film. As per Variety, the story of Maggie will set in time the country has been spread by a “walking dead” virus all over. Schwarzenegger is going to portray the role of a father who is on his journey for helping his daughter survive the infection she has caught as she gradually turns into a zombie. Actress Chloe Moretz has been in negotiations for playing the role of the daughter but she dropped out because of some scheduling conflicts.

Henry Hobson, Commercial director, is going to helm the film. It will begin the production coming fall. Lotus Entertainment and Silver Reel are going to partner with Gold Star Films and Silverlining Media Group for producing and financing Maggie. Schwarzenegger is next going to be seen this October in Escape Plan. He also recently made a confirmation that he will be star in a reboot of Toxic Avenger and Terminator 5.