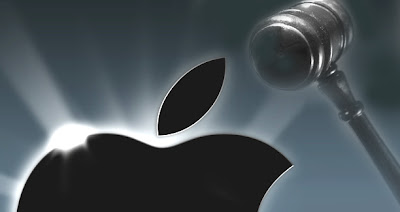 http://www.onzinearticles.com/2013/03/apple-objects-to-lawsuit-delay-with.html
The global smartphone industry is expanding gradually on a consistent basis. The market has the potential of providing huge returns to individuals due to which several companies have ventured into it. Nonetheless, currently, there are two companies that are dominating the market and are vying for the top position. They are Apple Inc. and Samsung Electronics. The former is an American multinational corporation, which is headquartered in Cupertino, California and is one of the most valuable companies of the world. The latter, on the other hand, is a South Korean multinational firm, which is the largest technology company of the world in terms of revenues.
The success of Apple’s iPhones has been threatened by the immense popularity of Samsung’s Galaxy smartphones that are powered by Google’s Android operating system. The two companies are not only competing in the market, but their battles have also moved to courts where they are fighting lawsuits over patent infringements. One of the patent lawsuits between the two companies was scheduled for a trial in the next year, but there is a possibility that it might be delayed. This is because the August verdict of an earlier case will be reviewed by an appeals court. However, the iPhone maker has objected to this possibility.
Apple Inc. filed the objection in San Jose, California after a last month hearing inquiry was done by US District Judge Lucy Koh. The judge had stated that because the first case was being appealed currently, she felt skeptical of the need for both cases to be conducted at the same time. Furthermore, on March 1, the judge also reduced the amount of damages that Apple Inc. had received from a verdict in the August case. A jury had granted the US giant $1.05 billion in damages that were to be paid by Samsung for infringing the company’s patents.
However, the amount of the damages was reduced by Koh by nearly $450.5 million. Koh had ruled that the award for around 14 of Samsung’s products had been ruled by the jury based on an incorrect theory. The judge said that before any further damage trial was conducted, the companies should give a thought to appealing her decision. In the filing, the Cupertino, California based company stated that the case had to proceed in order to put a stop to Samsung’s existing and upcoming devices because they infringe the patents and continue to harm Apple.
A joint report was filed by Samsung with Apple and the South Korean giant said that in order to ‘promote judicial economy’ the other case should be put on hold. It was last year that the case was filed and is focused on the technology that can be found in new smartphones of both the companies. This includes prominent devices like the iPhone 5 and Samsung Galaxy S III. A decision made by Judge Koh is being challenged by Apple Inc. The company says that even though Samsung’s products were found guilty of infringing patents, they are still being allowed to be sold in the market.