Apple and Verizon Reportedly Readying Up For iPhone 5 Release 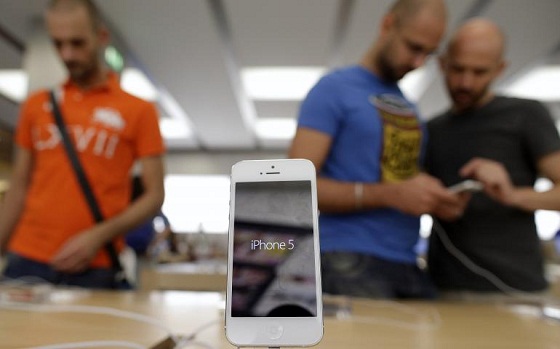 One of the most successful and rapidly developing industries of today is that of the smartphones. However, it wouldn’t have come into existence if it wasn’t for the American multinational firm that’s recognized as Apple Inc. This company was the one that launched the first smartphone ever in 2007 in the form of the iPhone. Since then, its devices have become iconic and the company itself has become immensely powerful and popular in the technology market. From the success of the iPhone, the company has moved off to other devices like the iPod and the iPad. With the success of the first iPhone, the company launched others of its ilk.

In September of 2012, Apple Inc., which is one of the most admired companies of the US, launched the fifth generation of its iPhone that was called the iPhone 5. It is nearly a year since the company launched the smartphone and there has been considerable speculation in the market regarding its successor i.e. the iPhone 5S. Samsung launched its flagship smartphone in April of this year and will be launching the successor of its Note line in September. Therefore, it is expected that Apple will also be launching its own device.

According to the latest rumors, the vacation of employees of Verizon and Apple has been limited during late September because they are preparing for the launch of the iPhone 5S. It is for this reason that they will want all hands on deck as it will be a major launch. The release date is expected to be somewhere near September 20th. As per the reports, an event is being planned by the iPhone maker for 10th of September where the company will officially unveil the iPhone 5S first. The leaked photos and videos have shown that the new device will be very much like the iPhone 5, but nothing can be confirmed until the company itself makes an announcement.

Assuming that event invites are sent out by the company for the iPhone 5S and the iPhone 5C, which will be its cheap model of the iPhone, around September 10th, it can be expected that its release date would be around a week later or somewhere near September 20th. Earlier this week, it had come to light that the vacation days of the employees had been restricted by T Mobile and the latest leaks indicate that Verizon is doing the same. Vacations from September 18th to September 22nd have been restricted.

Additionally, it is also claimed that even the support staff of Apple has been forbidden to take leaves from September 15th to 28th as it is near the release date of the iOS7 and the iPhone 5S. This internal information has come to light just after a leak that stated that the staff of Apple was ready to answer any questions regarding the features and design of the new iOS 7. All of this information simply backs up the rumor that indicates that the release of the iPhone 5S would be around September 20th.