Another Controversy For Olympic Games 2012 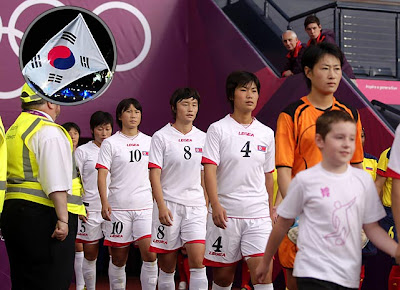 Yes, Olympic Games 2012 have seen a lot of controversies before commencing and a lot of controversies are arising while it is still on. While these controversies are not pleasing for everyone but they surely do give more coverage to Olympics since it is a world event and the entire world gets to see what’s going on during Olympics. Before the badminton and swimming controversy of Olympic Games 2012, the Hijab controversy had already been given a lot of hype. A lot of controversy, anger and debate took place when a Saudi teen named Wodjan Shaherkani stood up to defend her hijab or you could call it a scarf. She was convinced not to compete in the Judo matches without a scarf on since she gives high importance to her religious values. This surely raised another big issue for the IOC and other officials.

However, there were mixed remarks from the human rights organizations as well. People believe that it wouldn’t do much with the conditions that women are living in, in Saudi Arabia but if women have thought of taking part in something, stopping them from doing so wouldn’t be a good idea as well. Based on the statements given by the head of International Judo Federation it was clear that Shaherkani wasn’t going to get what she demanded for that easily. Due to the fear of strangulation in the presence of scarf, it was stated that Shaherkani just like other players must compete while staying within the rules of Judo. Despite all the anger and reaction from around the world, Shaherkani did not relent and stood fast with her belief of covering her head while competing in judo matches.

The efforts from Shaherkani and some support from the human rights organizations from the world have finally resulted in IOC accepting Shaherkani fighting judo matches with the scarf on. This might not be a happy news for many people and not even change too much in Kingdom of Saudi Arabia for women but it is a small pebble in the stagnant water and it will surely create some ripples on the surface. Whenever Olympics have held in London, something unique and memorable has happened. Not to forget the postponing of Olympic Games of 1944 due to World War II and the first TV broadcast of Olympics in 1948. This time in Olympic Games 2012, London might become the origin of a change in Women sports in Saudi Arabia.

For more updates and news on Olympic Games, log on towww.onzinearticles.com OnzineArticles.