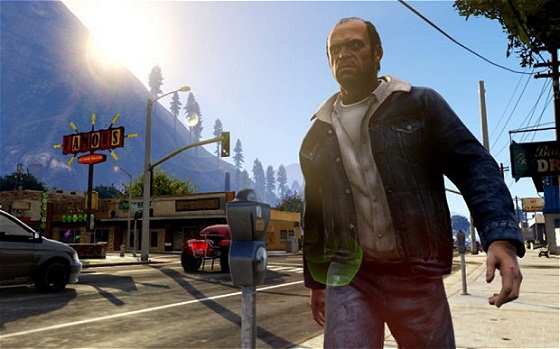 One of the most highly anticipated games this year has been the latest of the Grand Theft Auto Series of Rockstar. All year, gamers have been desperately waiting to get their hands of Grand Theft Auto V that underwent a lot of delays. However, after these delays, Rockstar had confirmed that it would be launching the game on September 17th, before the next generation consoles go on sale. But, it seems that Amazon was even more eager than the fans to give them early access to the game. This is because Amazon.co.uk actually delivered copies of the video game to customers even before its official launch on Tuesday, leading to a breach in a strict embargo that had been set by Rockstar.

The title had been pre-ordered by a number of people and several of them received their copes a few days before the video game was officially launched. The Scottish creator of Grand Theft Auto V, Rockstar North hasn’t made a public comment as yet, but is actively investigating the incident, according to reports. As per Amazon, only a small number of customers had received their copies of the game. An Amazon spokesman stated that they had established the procedure of delivering title to customers after its official release.

He added that they were investigating the situation where a small number of customers had apparently gotten their order earlier. The customers were obviously delighted for receiving the game early and getting to play before others. However, this doesn’t discount the fact that it has created a lot of problems for Rockstar. It is also disappointing to other shops and even the customers because spoilers are being posted online by those who have already played the game. The title has been stocked by a total of 2000 shops for selling it after it is launched officially.

It was mostly people who had ordered their copy of the game as early as March, were able to receive it early. Others who had ordered at a later date weren’t so lucky. The fact is that this sort of confusion and error tend to occur frequently, but this time it has become overly publicized because of the hype of the game and also the widespread use of social networks. There is nothing that can be done by Rockstar at this point because the damage has already been done. As a matter of fact, pre-release copies of the game are also being sold by several retailers like Cex.

They are charging a price of around 75 pounds, which is almost double the price that will be charged when the game becomes available officially. This is not the first leak that Rockstar has had to deal with in regard to its games. In August, Rockstar had received an apology from Sony as the company had revealed an audio about the forthcoming game title. A ‘locked’ version of the game was downloaded by customers who had pre-ordered, but some of them had managed to find out some plot lines by extracting audio.