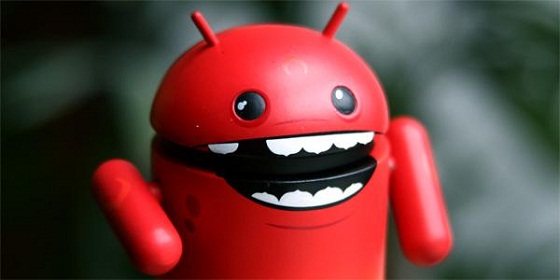 One of the most important and influential industry today is the smartphone industry. It grew rapidly since the introduction of the first iPhone back in 2007. Nowadays, it is one of the most powerful industries that exist and is being dominated by American multinational Apple Inc. and South Korean giant Samsung Electronics. Samsung was able to make a play in the market thanks to Android operating system that belongs to Google Inc. Apple, in contrast, uses its own iOS. According to the latest survey and reports, almost 70% of the smartphones sold today are based on Android OS and it is highly popular.

However, law enforcement as well as government and security workers have been warned by the US Homeland and Security Department (DHS) regarding the use of the outdated versions of the Android OS of Google. According to the department, around 79% of all malware is targeting that platform as compared to others. The warning was issued by the DHS in a Roll Call Release for the US emergency services. The department stated that the reason for the criminal interest in this particular platform was driven by the huge market share it possesses and also because of its fragmented ecosystem and open architecture.

Proof was offered by citing high malware figures and agents were advised that they should use the latest software available when they are using smart devices like smartphones and tablets. The report said that it is crucial that the mobile operating system is kept up to date and patched up because the use of mobile devices by local, state and federal authorities seems to be growing. What’s more interesting is that despite the fact that it is all but defunct now, the ancient Symbian OS of Nokia is the second most popular target as 19% of mobile malware was specifically designed for it.

Although this figure is high, it is not an accurate of the interest of criminals in the system and it’s probably because of old malware instead of current dangerous threats. Symbian had been the top choice of criminals before Android had arrived because of its ties with Nokia, but the interest has waned as buyers are now interested in iOS and Android. Apart from these operating systems, the iOS of Apple and others were the victims of about 0.7% of the total mobile malware attacks. The bottom of the list comprises of Windows Phone and BlackBerry’s OS, which are the target of about 0.3% of the attacks.

Apple’s devices like the iPhone and the iPad enjoy considerable popularity, but the numbers of malware attacks are low. This is mostly because of the closed security model that’s used by the company. According to this model, developers have to use the App Store of Apple for selling their wares and the company doesn’t allow applications in the market place until it has vet all of them. The company has been praised for its tight security as it keeps the devices of users secure and is safer in comparison to others.