What is Torrent and How Does This Technology Work? 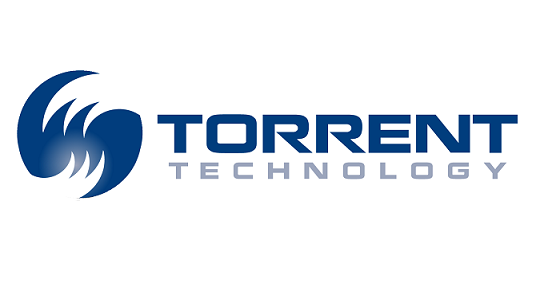 The internet has everything; TV, software, music, photos, books and more. Everything is now within reach and very easy to get. There are different ways through which people can download any of these things. However, the most popular way to do it is via torrent. Data about files that are used with BitTorrent is stored in a torrent file. BitTorrent is a peer-to-peer file sharing protocol, which can be used by people for sending and receiving files in small pieces to different computers with the help of the internet. BiTorrent is used all over the globe by hundreds of millions of people, according to the creator of the protocol.

The popularity of direct file downloading has been shot down because of the distributed nature seen in BitTorrent sharing. Fewer resources are used by BitTorrent because it downloads small pieces of the files and them reassembles them with the aid of software. In this manner, the file provider’s bandwidth costs will be reduced and the downloader will benefit from faster downloading speeds.

A torrent program is used for the purpose of downloading. The term torrent is used to indicate the downloading file itself. The torrent programs are also called torrent clients, which enable the computer to use a specific port for sending and receiving files and interpreting the data that’s stored in the torrent files. The entire information related to a specific torrent can be found in the torrent file. This includes the components of the torrents, who started it and how the information corresponding to that torrent can be downloaded and uploaded.

When a torrent program opens a torrent file, it connects to other users who are in the possession of small portions of the file and download the pieces from them. After the portions of the file have been received, the computer is now able to upload or ‘seed’ the file to any other users. Once all the pieces of the file have been received by the torrent program, they are assembled into a file that can be used. For assembling purposes, instructions given in the original torrent file are used.

Large network servers that are called trackers have the responsibility of carrying out the download. A list that’s present in the original torrent file is used by the torrent client for connecting to these servers. Trackers have a full list of the files that they can seed and also of all the users that are connected to the servers. Users are picked by the client and data is downloaded from them accordingly. A user’s computer and the files that they can seed are registered when the client connects to a tracker. Logs of the share ratio are also kept by trackers i.e. how much the user’s computer can upload compared to how much it can download. Based on this ratio, the trackers calculate the amount of bandwidth received by the users.

A fair share policy is incorporated by nearly all torrent trackers. This either grants access or restricts it to bonus bandwidth. According to these fair share policies, a user will be receiving less bandwidth, if they aren’t seeding as much as they are downloading i.e. leeching. If people have a high seeding to leeching ratio, they will be able to download files at a quicker speed in comparison to someone with a low ratio of seeding to leeching. Those who have higher ratios are also given priority. This means that they can connect quickly to other users on the same server.

The primary principle behind BitTorrent is that no matter what corner of the world an individual is in, they can be the server of files and also the client and can make the file available for copying purposes. A torrent file will be easier to download if it has more copies in the system. The culture of torrent downloading has become popular all over the world. There are a number of torrent clients, which are being used by people for downloading various files. Some of these clients include uTorrent, which is an open source and lightweight client. There is also BitTorrent, the original torrent software client. BitTornado, Deluge, Transmission and Torrentus are some others that can be used.