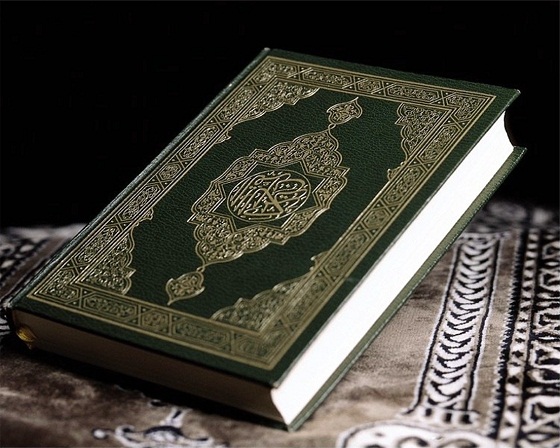 People who live harmoniously with Muslims seem quite comfortable with their friendships and relations with the fellow Muslims. Sure enough, they have a few issues with each other that any neighbors will have in any part of the world and in any real world scenario but on the whole these people are not hostile or at least their opinions are not as clearly biased against Muslims as of other people who haven’t yet had the chance of being with Muslims. For some, Muslims are a mystery altogether and they are not sure what the teachings of Islam really are. These are the people who try to be as neutral as they can on this matter since they get to hear different stories from different people but choose to keep their judgments to themselves unless they have seen a proof that proves Muslims as good or bad.

Mixed reactions are always realistic but what makes people bitter towards Muslims is mostly the perception created by media about Islam. However, we cannot forget those who are doing all they can to make people realize the diversity of the world and trying to instill in them the tolerance and acceptance of this diversity. There are people who are doing all they can to make things better for Muslims and non-Muslims since these people believe in humanity. These are the people we can never ignore and probably these are the people who media should highlight more.

If you browse on YouTube you will find social experiments and programs that are meant to build bridges on the gaps between various races and nations. These social experiment videos create scenarios where you might see Muslims being discriminated against and let the bystanders react to this kind of scenario. Of course, the Muslims and racists in these videos are actors but the bystanders are the real people who only know that all of this is happening in reality. One of the most famous shows working on such theme is What Would You Do. There are several videos of this program that can be found on YouTube and there is no denial that these are some of the most motivational, awe-inspiring and thought-provoking videos on YouTube.

While there are many verses that such haters and hate-spreaders quote and reference on various online platforms, completely out of context, mistranslated and misinterpreted, they never let others see the benign, kind and loving side of Islam. They never give people the chance to believe otherwise and see how Islam talks about harmony, tolerance, patience and above all, love. Here’s a verse from Quran that people who still believe in hope and being positive can have a look at:

Chapter 02 – Verse 256 “There shall be no compulsion in [acceptance of] the religion. The right course has become clear from the wrong. So whoever disbelieves in Taghut and believes in Allah has grasped the most trustworthy handhold with no break in it. And Allah is Hearing and Knowing.”

Here, God has clearly stated that there is no compulsion in religion and for a Muslim one verse from Quran is enough to keep him on the right path. The people who believe in what Islam teaches will believe in this verse and know that Islam is a religion of peace but those who are there to find faults in this peaceful religion will only believe in what the “followers (Muslims)” are doing, even if they are clearly off the right path. In short, these are the people who are labeling Muslims based on their judgments they made after a Muslim who was clearly away from the right path and missed entirely the actual message from Islam.

There is a very small point that non-Muslims often miss while reading about Muslims and Islam but it is a point with a lot of weight and importance. This point is about Muslims dealing with “others” with justice and tolerance. If people who read about Islam look closely they will find out that God has always talked with Muslims and talked specifically about them whenever the matters were related to them. However, when God wants a rule to be applied on people other than Muslims, i.e. non-Muslims, He uses the words such as others, humans, mankind, etc. From this point, here’s another authentic Hadith from Sahih Bukhari, the most reliable and strictly followed scripture for Muslims.

Here’s the most important point to note; if Islam ever allowed Muslims to be unkind and violent against non-Muslims, why they would be asked even once to prevent other Muslims from oppressing “others”. If the word for Muslims was brother in this particular Hadith, it could be used in place of “others” at the end of the Hadith as well but that was not the case. The truth is that Muslims are prevented strictly from oppressing any other living being on earth.

Another Hadith that clearly shows how Muslims should treat their neighbors, regardless of their religion, faith and beliefs is this:

It is not uncommon to see that in whatever Hadith and place Muslims are ordered to be kind, polite and well-behaving with others, the word used is “others” and not just Muslims or Muslim brothers. What people don’t realize on most occasions is the fact that they can only misquote and reference a handful of verses from Quran that demonstrate Muslims as some violent creature on earth, even though this wrong belief is taken care of when the context and background of these verses are provided, there are thousands and thousands of Hadiths for Muslims where they have been asked to act politely, kindly and justly with others. There is no discrimination of religion or beliefs in these Hadiths.

Should these details be ignored as if they never existed? Should this side of Islam never be brought forward? Should people read these statements from Hadith and think that Muslims have just made it up? Will they never read these things and know the truth?

The world has recently seen wonders happening, hundreds of them in just one day. People became friends with crocodiles and showed the world how they can live like friends with crocodiles. Men have hugged lions and lived with tigers in their cages as if they were little harmless kittens. People have been seen holding snakes around their necks and shoulders and walking around to boast their friendliness with creatures that people are mostly scared of. If all these people can take in and digest these relations, bonds and rethink their beliefs about these animals, why can’t we humans give a second thought before labeling our fellow human beings?

Of course, there are people who are still friendly with Muslims. There are non-Muslims who deserve all the respect and reverence that exists in this unfathomable universe for not falling for misrepresented and deformed concept of Islam and Muslims. We pray that this world becomes a peaceful place, a place that Islam wants it to be. Two wrongs can never make one right and if violence is responded with violence, we’ll be left with nothing but regret in the end. Not to forget, we’ll be ashamed with our heads down before our posterity and the coming generations for giving them a world of violence, bloodshed, bleakness and desolation. We’ll be welcoming them in the most grotesque and hideous manner if we don’t correct ourselves now; and this goes for all Muslims, non-Muslims and above all, humans.