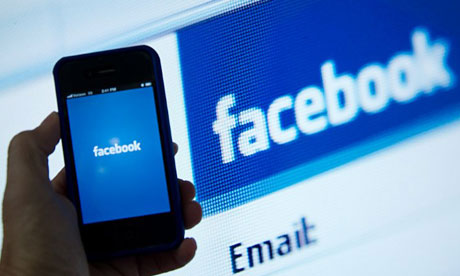 The ubiquitous social networking site, Facebook has become the bright and burning start of Silicon Valley. An unprecedented scale has been reached by the social network that has over 1.1 billion users and they continue to grow every month, especially in South America, Asia and Africa. This is due to the fact that Facebook is subsidizing mobile access for a completely new generation and has made itself the internet for them. The social network is positioning itself aggressively in established markets and is becoming the default identify provider on countless third party sites. On mobile, the new Facebook app channels all the content via the account.

It seems that business is booming for the social network. Consumer internet companies are aware that people use around seven apps and being one of them means you are becoming successful. Facebook is one of these seven apps for around 751 million people of the world. Revenue has increased by 38%, according to its latest financial results and its total advertising revenue amounted to $1.25 billion. It was revealed that one third of this advertising revenue was generated through the ads that were placed on tablets and mobiles. This proves to be a remarkable recovery by a company that was becoming derailed because of the absence of a mobile strategy.

However, the social network is still facing some challenges that cannot be fixed through algorithms. The most important one of them includes retaining the attention of the internet consumers that tend to be fickle. The biggest example of this is MySpace that fell from the public eye very quickly. From the number one website of the world, MySpace had been reduced to zero and it all happened very quickly. The surprise $1 billion acquisition of Instagram, the popular photo sharing app by Facebook was the defensive strategy of the social networking website.

The acquisition was not because of the worth of Instagram, but was simply a move by Facebook to take it out of the competition. The problem is that it cannot continue to do it with every website that becomes a threat. A human problem is also faced by the social network. It’s engineering and business might be robust, but it doesn’t demonstrate any empathy or sensitivity to the human condition. Regular controversies regarding privacy and inappropriate content continue to arise and the social network is not willing to make any concessions to sort them out.

The social network will point out that it has automated content moderation and the users should flag inappropriate content. However, individuals make inconsistent and poor decisions. Privacy campaigns also continue to hound Facebook for monetizing the date of its users, although the social network denies this claim. It is ignoring the interpersonal and ethical implications of its rapid development and this continues to create controversial issues. Consumers, on the other hand, are becoming more and more aware of the value of their data and are becoming resentful. There is a risk that they will move onto new upstart apps and quit Facebook if this continues.