One of the most prominent names in the video game industry is that of Sony Computer Entertainment. This is a Japanese video game company, which became renowned worldwide because of its PlayStation home and handheld video game console. The company is also popular for developing and publishing a number of video game titles in the market. The company has been working on its latest console, PlayStation 4, for quite a while now and is expected to release it in the latter part of 2013. This will be the eighth generation of console and it was announced by Sony at a press conference on February 20th. 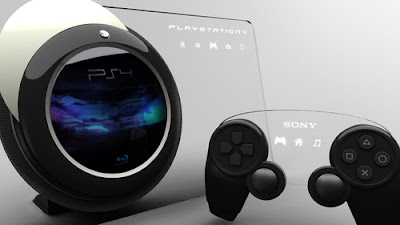 In the latest news about the company, it has come to light that Sony has entered into a ‘strategic partnership’ with Unity Technologies. The latter is well-known for creating Unity, which is basically a development platform and offers high performance and flexibility. Intelligent and creative interactive 2D and 3D experiences can be created with Unity. This partnership between the two companies means that optimized Unity development tools will be launched for Sony’s PlayStation consoles. The Japanese video game company has confirmed that it will be providing Unity for the PlayStation. Moreover, the company has said that these tools will be optimized for the most popular Sony platforms; mainly PS Mobile, PS Vita, PlayStation 3 and most importantly PlayStation 4.

As per Sony’s statement, developers will find Unity a boon because by offering Unity for its prominent PlayStation consoles, the company is giving developers the opportunity to port different versions of the Unity games to other devices of the company without having to write the code from the beginning. As for the control features of PlayStation Vita such as the rear touchpad, the Unity tools will be customized, which is a huge benefit. Sony consoles have previously supported games built on Unity. Escape Plan of PS Vita is the biggest example.

However, this  new arrangement will make it considerably easy for developers to introduce Unity titles with other problems without facing much trouble. Previously, Unity was usually used for making PC games, but with Sony’s move, even more studios can start making use of it in order to help games adapt to the consoles of the company. The CEO of Unity Technologies, David Helgason said that this move of Sony was for the purpose of dealing with independent studios. He mentioned that the Japanese company was aiming to make its platform accessible for all developers and this partnership would go a long way for both companies.

Helgason said that Sony really wanted to open its platforms for other developers and Unity was simply leading to make development easier for all studios. Sony said that by offering Unity on its consoles, the company was providing its customers with the opportunity of enjoying new and creative games from some of the highly talented developers of the industry. Several games are under development, which make use of Unity tools and that include titles like Breach and Clear of Robert Bowling and also Wasteland 2.