Twitter Launches A Music Service with Recommendations from Artists

Twitter has revealed a new music application which is going to suggest tracks depending on who you are following on their network. Tracks can be played in the application directly through the services like iTunes, Spotify and Rdio. The software shows songs that your friends currently are listening to. Also, you see the suggestions from various artists. It follows the moves by other different social networking websites, like Facebook for incorporating music recommendations into the new Twitter music services. 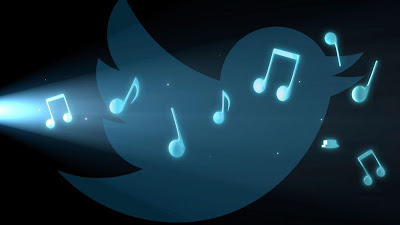 In the last year, Spotify made an announcement of its own system of “follow”, but the feature is still to be unveiled to mobile users. Twitter’s new application, named #Music, will expectedly be available for iPhone to download shortly. No such application has yet been made for the users on Windows Phone or the Google’s Android platforms, but there’s going to be a browser-based version available.

The app will in beginning be available in the US, UK and Ireland, Australia, New Zealand and Canada, with further countries soon being added.

The #Music app was compared to a “twenty first Century mixtape” divulged on Good Morning America. Twitter’s Stephen Philips, in a blog post, explained that the app will use Twitter activity, comprising engagement and tweets, for detecting and surfacing the emerging artists and most popular tracks. He said that the Twitter music app also brings artists’ Twitter activity relating music front and center. Users can visit their profiles for seeing who they are following and for listening to the songs of these artists.

He further added that almost half of Twitter’s users are following at least one music artist and that’s why most of the artists turn to Twitter for connecting with their fans and admirers, and that’s the reason Twitter wanted to come with a way to surface the songs that people tend to be tweeting about.
In advance to the release of app, Twitter has given early access to several musicians. These artists include Moby who commented the #Music to be an interesting music resource.

The Failure of Apple

Several companies have already tried to get into the prospective of music’s social recommendation. Apple also came into the market with its app called Ping. This service was built within its iTunes which promoted music that it thought users might like. At the launch of Ping, late Steve Jobs said that the Apple thinks that the app is going to be popular rapidly, since 160 million people will switch it on. The Ping was closed last year in September.