Some Interesting Facts About Olympic Games 2012 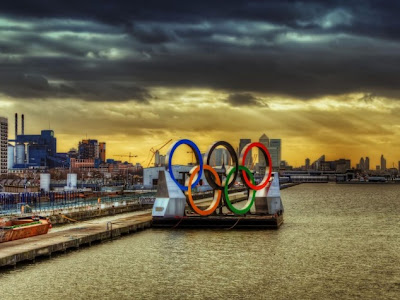 Olympic Games are already interesting enough that they attract nations from all corners of the world in one place to compete but at the same time show unity by staying together. Some fascinating performances, ground breaking ceremonies, exciting moments, funny faces, fulfilled dreams and ever determined athletes are the identity of Olympic Games. However, making all of this possible within slightly more than two weeks is not an easy job and the nation hosting Olympic Games needs to show the true character by utilizing all of its resources to make them successful. Olympic Games 2012 have been held in London and are expected to go on until 12th of August. While all the fun, entertainment, sports and electricity is on, here are some cool facts for you to know about Olympic Games 2012.

• London is the only city to have the honor in a three century old history of Olympics to host them for three times.

• The capacity of the stadium where Olympic games will be played is eighty thousand (80,000) people.

• Olympics are not only about sports and excitement, they can also affect the economies of cities where they are held and London Olympics 2012 are a good example of this. It has been estimated that only because of the Olympics being held in London, London’s economy will rise by $80 billion. The estimate is supposed to be met in the year 2015.

• People are looking for jobs, fighting to get new jobs and struggling to get better ones. Governments are doing whatever they can to create more job opportunities for the people but Olympic Games 2012 have come out of nowhere for many jobseekers. By creating 12000 new jobs in Olympic park, London Olympics have certainly given a new hope to many who were looking for jobs.

• This is one of the best things you would hear about Olympics. Do you know what happens to all the sports equipment that will be used during Olympics after the games are over on 12th of August? Well, every piece of sports item will be given as charity. Isn’t that amazing?

• Well, it’s been four since the construction of Olympic park started in 2008 for London Olympics. An estimated 5250 people are constantly putting their best efforts to make it the best park for Olympics.

• Let’s talk security. The budget for the security of Olympics is around five hundred and fifty three million pounds. Now that’s secure and safe.

Read more on Olympics at OnzineArticles.