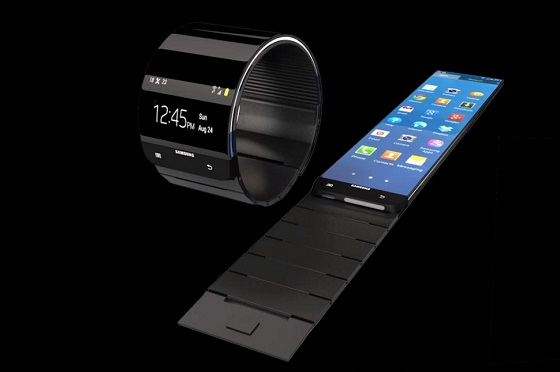 Samsung Electronics is one of the most popular and well-known companies nowadays as it has climbed up the ladder of the technology market in a very short time. The South Korean multinational firm is currently reining in the smartphone market along with Apple Inc. However, that’s not the only market where it is playing a dominant role. It is the largest information technology of the world and has interest in different key areas of the industry. Nonetheless, it has become common news that the company is planning to enter the wearable technology market, which is being explored by other tech companies as well.

The South Korean giant is planning to make its entry with the launch of a smartwatch called the Galaxy Gear, which it intends to launch on 4th of September, along with its Note 3. The Samsung Unpacked event will be taking place in Berlin, Germany and this has been confirmed by the company itself. There have been considerable rumors flying about the new device and recently a ridiculous prototype of the watch has come to light. This prototype was shown on VentureBeat and has taken the smartphone market with a flurry. It is believed by some people that the photographs depict the real Galaxy Gear.

But, most fans of the company wish to believe that the images portrayed are actually fake. The device that’s shown in the photos is a cross of Galaxy Mega and Galaxy Note watch. It is basically a large watch that has around four front visible screws, a 4 mega pixel camera and its display is diagonal and 3 inch wide. This particular watch comprises of a lot of health applications and boasts the S voice control. People can also connect it to a Samsung Galaxy tablet or phone, as per the reports and speculation.

Regardless, the major downside of this particular device is that it will have only a 10 hour battery life. For most people, it would therefore be useless because it will need to be charged on a daily basis and not many people wish to have that kind of a watch. If Samsung is planning to get ahead of the iWatch that Apple is reportedly working on, they need to launch something that’s much more innovative and unique than the device that has been shown through these pictures. Anyone who has a smartphone can easily tell the time with the clock on the phone.

However, a smartwatch is much more than that. It doesn’t just tell time. The watch displays key information and proves to be highly useful. These watches need to last for a long time in order to fulfill their purpose. Otherwise, they are of no benefit and people would not like to purchase them. If the actual Samsung Galaxy Gear is anything like depicted in the pictures, people are likely to be disappointed with the company, especially in regard to battery life. They may decide to wait until Apple launches its own device and go for that instead.