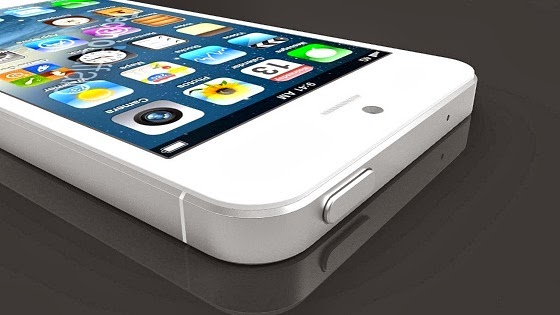 Just because the new iPhone 5S is available in gold doesn’t make it precious. The latest version of the popular smartphone that was launched by Apple Inc. may call out to countless people, but the fact is that this new device is a good and definitely not a stellar upgrade to be made from the previous model. Like every year, the company launches a new model of the iPhone. Then it eventually launches the S model, which is basically a minor improvement of the previous device. The iPhone still boasts the same 4-inch screen, the same case and the same mono-speaker. The only difference is in one new and noticeable feature.

The fingerprint scanner is the most-talked about and biggest addition that has been made to the iPhone 5S and has been placed on the ‘home’ button of the phone in a wise move. With this feature, people are forgoing the four digit code that they had to input every time they accessed the device and will now need to place their thumb or finger on the home button for opening the phone. For a device, this is an excellent idea and not to mention that it works almost flawlessly on it. The phone will ask the user in the setup process to place their thumb or finger on the scanner for about a dozen times in order to ensure that the prints are picked up by it.

Once the setup has been completed, the device will be able to detect the print, regardless of the direction in which it’s placed. The phone can be trained for detecting around five different fingerprints. In addition, this feature is quite quick. The phone will be unlocked when the button is held just for an extra second. Someone else’s finger cannot be used for unlocking the device. However, there is one downside. A long press is not enough to raise the phone from its sleeping state.

Instead, when this is one, the voice-enabled assistant called Siri starts up. The button has to be pressed twice as the first press will get it out of sleep mode and the phone will be unlocked in the second press. An option to switching should have been provided for unlocking the phone in a single long press. Apart from that, when people wish to purchase movies and music from the App Store or iTunes, the fingerprint scanner will also be useful in this regard. This is because people only have to place their finger on the sensor for making a purchase instead of having to put in their password every single time.

The camera is another improvement made to the device. It’s still 8 mega-pixel but its sensor has been enhanced. People can take better low-light photos as more light is allowed by the larger aperture and new sensor. This doesn’t make it better than the S4 and HTC One. Another big improvement is the new OS i.e. the iOS 7, which offers a brighter color scheme. However, all of these features do not make the iPhone 5S worth the upgrade.