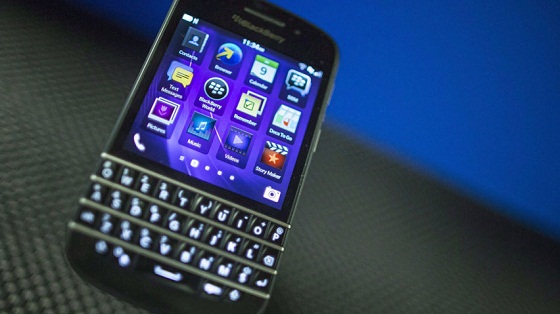 Previously known as Research in Motion Ltd., Blackberry Ltd. is a Canadian telecommunication manufacturer. As its name indicates, the company is known all over the world as it is the maker of the once highly coveted BlackBerry smartphones and tablets. The company had once dominated the smartphone market, but its decline began when Apple Inc. introduced its smartphone in the market. Since then, the company’s struggle began. But, the condition the company is currently in is because of the introduction of the Google Operating System that paved way for other companies to enter the market and gain traction.

The demand for BlackBerry devices went on a decline and it lost its market share to competitors. However, the company introduced its new range of BlackBerry 10 smartphones in January of this year as an attempt to gain some of its lost ground. It has launched two new smartphones of this range so far, the Z10 and Q10 respectively. Nonetheless, these devices have failed to deliver what the company expected and the company might be considering a takeover offer now. However, even though financially the company had been on the rocks, there was one thing that it had going for it.

This was its commercial email service that had often been declared one of the most secure services in the market. The messaging functions of BlackBerry are heavily encrypted due to which the company has received several threats by different foreign governments regarding banning its services in their borders. The governments claimed that it was the demand of national security to make the messages legible to all the law enforcement agencies. The word ‘uncrackable’ and ‘BlackBerry’ tend to appear together, though. Now, it has come to light that the NSA might have managed to compromise this security. According to the latest reports, it is possible for the agency to tap into the data on Android devices, iPhones and BlackBerry as well.

The surveillance that has taken place on mobile phones has been quite restricted and is usually targeting individual users. However, there is wide-ranging vulnerable information and is said to include the content of location data, text messages and also contact details. Governments before have also had access to BlackBerry data. When Saudi Arabia had warned that it would be cutting off the devices that were within its jurisdiction, the company had relented and installed a server in the country that gave the government access to the communications of users.

Before that, the device maker had also agreed to hand over its encryption keys that could access its BlackBerry Enterprise services to India. However, in these cases, the company had cooperated with authorities willingly. But, from the latest reports, it is being gleaned that the NSA has managed to gain access to the private data of BlackBerry users without the knowledge of the manufacturer. No comment was made by a BlackBerry spokesperson, but it was stated that the platform had no backdoor. If this super-strong encryption of the company has indeed failed, BlackBerry could lose its faithful users as well.