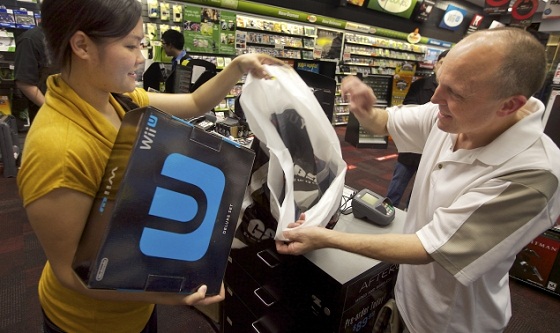 Headquartered in Kyoto, Japan, Nintendo is a Japanese multinational company that is well-known in the gaming world. Its console, the Wii was a huge hit in the market and the company reaped in profits from this console for years. However, in 2012, the company launched the Wii U, the successor of its old console and its eighth generation device. Nintendo had been hoping to get ahead of Sony and Microsoft in the race of new consoles and launched its device. It has turned out to be an immense disappointment for the Japanese company and they have had to cut back its price in an attempt to boost sales.

Now, as Microsoft and Sony are planning to release their new consoles the Xbox One and PlayStation 4 respectively near the holiday season, Nintendo is also taking steps to compete with them. As per the announcement, the company is planning to launch a new handheld gaming device and at the same time, it is cutting back the price of its most expensive console the Wii U by $50. This price cut is being implemented in Europe and North America. The company announced that it will be launching a new handheld called 2DS on October 12th and it will have a price tag of $129.99.

In comparison to the 3DS devices, this one is cheaper by a whole $40 and $70. However, as compared to the 3DS, the new handheld has a lower resolution and will use 2D graphics for playing the games of 3DS and other DS games. There will be two screens of the new device and it will be available in red and blue color. Moreover, the 2DS has a camera and is the same size as that of a 3DS placed flat. Nintendo has been renowned for games that contain characters like Zelda and Mario, but the games on Android and iOS are simply eating up the market share of handhelds and consoles.

The primary purpose of launching the 2DS is to attract customers who are unable to afford its more expensive 3DS. On the other hand, Nintendo is cutting back the price of its Wii U as it enters its second holiday season and will be encountering competition from consoles of Sony and Microsoft. The basic model of the device is being removed from the market. The Deluxe edition will be available at a price of $299.99 from September 30th and onwards.

For the Wii U, the year has been extremely difficult. The new scheme is simply confusing and the console lacks the third party support and software that made its predecessor so successful. The device has suffered from weak sales due to which the price cut seems sensible. The company is rivaling some big and major consoles and having a price advantage can be helpful because its product isn’t that powerful. The company has also launched a suite of new games for the console and this could actually be turnaround for it, just like it was for the 3DS.