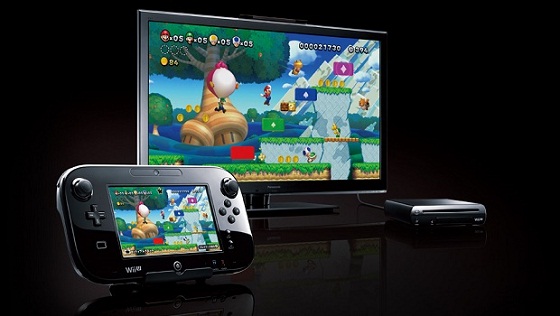 Nintendo has just made a host of announcements related to Wii U for Japan, comprising a White Deluxe Bundle, a Wii Remote ‘fast charge’ device and an upgrade accessory for the GamePad battery. Surveys suggested a faster option for charging on the way for Wiimote earlier this year.

While Wii U normally is available in either a White Standard Bundle which comes along with 8.0 GB hard drive or Black Premium Bundle packaged with a 32.0 GB hard drive. This new package is going to let Japanese customers mix color of previous with larger storage availability of latter. It’s expected out in East by July 13th, but there hasn’t yet been any confirmation if it will head West.

Moreover, the company also made an announcement for a new and enhanced battery pack for Gamepad controller. Standard 1500mAh type which is bundled with console brings 3 to 5 hours of battery life and the latest 2550mAh pack is going to increase it to 6-8 hours. Expected out in Japan by July 25th, it will cost around $30 / £20 / €25 / ¥3,150.

While these easily sound to be the most exciting announcements, the company has also unveiled a Quick Charger Set officially for the Wii Remotes. Since 3rd-party types of these remotes are already in market for some time now, there are chances that you might already have one similar to this, but in case not you can go for a charging dock, battery pack, strap and WiiMote case for only ¥4,200 from July 13th onwards. The WiiMote pack will include a new battery, charging stand, and backplate, both of which charge peripheral for longer and quicker.

Finally, a latest Nintendo Land bundle was announced that will be offering you a pink or blue WiiMote Plus along with the game for only $60 or ¥5,985. There is no update about any of above being launched outside Japan. As per Nintendo, this release is limited to Japan, but they will make announcements for other territories if there are any updates in due course.