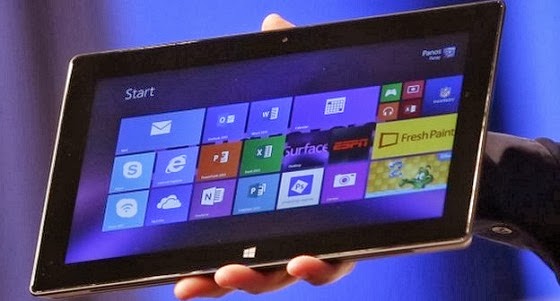 Microsoft Corporation is back with a new Surface a year after its flubbed introduction of the Surface tablet line. The US tech giant is attempting to correct the mistakes that it made in the first shot and gain a stronghold in the tablet computers market, which is currently being dominated by the iPad of Apple Inc. and other tablets that are based on the Google Android Operating system. The company had invited the media for a launch of its new Surface tablet in New York on September 23rd. The software giant unveiled two new models of this line; the Surface 2 and the Surface Pro. The company has also launched an expanded portfolio of its usual Surface accessories.

Details of the device hadn’t been known in the market, but it had been expected by analysts that the company would introduce a more powerful tablet. However, the speculation about the price doesn’t seem to be true as Microsoft has shown some sensibility there. Significant updates have been made to both of these two tablets, which include improved battery life and processing power. Adjustments have also been made to Windows RT 8.1 and Windows Pro 8.1 and this has made the two devices even more powerful and customizable.

Microsoft announced that the Surface 2 and Surface Pro 2 will be available in approximately 22 initial markets that include Italy, Finland, Denmark, the Luxemborg, Belgium, Canada, Norway, Netherlands, Hong Kong, Germany, Ireland, Switzerland, the United Kingdom, Spain, France, Portugal, Austria, Sweden, Australia, China and the US. It will also be available on online stores of the company. A release date of October 22nd has been announced for the tablets in the aforementioned countries, except for China where it will be available in early November. Microsoft stated that in the coming months, it would announce additional markets as well. Pre-orders for the devices will begin from September 24th on Best Buy, Microsoft stores and other selective retailers.

The company had barely made a dent in the competitive and sizzling tablet market when it had introduced the first-generation of the Surface tablet last year in October. The purpose behind this move was to shift the focus to device and services in order to compete in a better way with its rivals such as Google and Apple. Sales figures weren’t reported by the company, but revenue of just $853 million had been earned in the year that ended in June. Because of weak sales of its tablets, the company had been forced to make a write-down of about $900 million.

However, it is expected that the new release of the Surface tablets will be much better than the last one. Previously, Microsoft’s pricing strategy had also proved to be a turnoff for customers, but the company has seemingly made adjustments. The Surface 2, which will be an ideal device for personal use, equipped with all entertainment and gaming capabilities will be available for $449. In contrast, the Surface Pro 2 is a laptop replacement that brings considerable improvement in areas and is priced at $899.