Warner Bros. Interactive Entertainment is part of the American-based Warner Bros. Home Entertainment Group. This division of the firm is a worldwide developer, publisher and distributor of video games for not only for internal titles, but also third party ones. There is another sub-division within this one, which is responsible for developing, creating and producing first-party titles. It is considered to be a major publisher of video games all over the world. Now, it seems that the company is taking a deeper dive in the digital games market as it was announced that Warner Bros. will be opening a game studio in San Francisco. 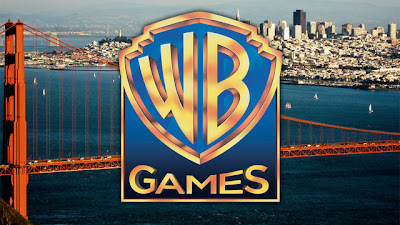 The primary purpose of this studio will be to develop and publish free and high quality games that will not only be browser-based, but also social and mobile. Thus, this is another indication that the industries, which are competing in entertainment are simply taking down all walls. In the current case, Warner Bros is choosing to expand into games, which are of a digital nature, even though the company has a huge console game division, as well as a big movie studio. Through this move, the company will become a rival of some of its own allies that include Kabam based in San Francisco and who came up with the Hobbit games for Warner Bros.

The president of Warner Bros, Martin Tremblay stated that the company felt very proud and happy by incorporating the WB games San Francisco studio to the list of the existing publishing capabilities and studios of the company. He further stated that over the years, the company had undergone rapid growth and in order to boost game development in various markets worldwide; it had become essential to incorporate innovation and cultivate and attract creativity. The studio will be led by Greg Ballard. He is the senior vice president of Digital Games, also a part of Warner Bros.

Ballard made a statement in which he highlighted that San Francisco was deemed to be the area of mobile and home gaming. Hence, for the purpose of expanding the game development capabilities of the company into the center of the digital world, this WB Games San Francisco was being established. He also asserted that major partners could be conveniently accessed through the Bay area and it also possessed a local talent. The company could take advantage and thus bring its original IP and gaming and entertainment brands to emerging and social platforms.

All mobile games that will be published by Warner Bros Interactive Entertainment will be overseen by the Games studio in San Francisco and it will have offices joined with Flixster. Management of the projects will have to be done because the company makes several in-house and it also reaches out to specialists like Kabam, which primarily makes social and mobile games for the company. However, the relationship has become tensed just like the deal with Electronic Arts, the company responsible for making the Harry Potter games for Warner Bros. Nevertheless, the company has made the announcement at the right time as it can hire people at the Game Developers Conference next week.