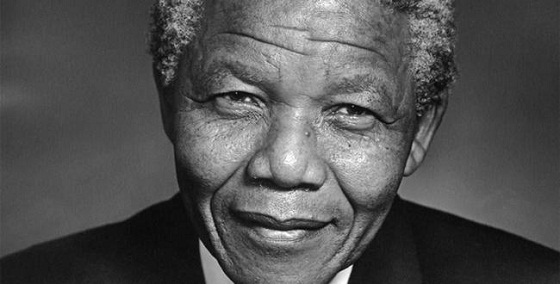 Nelson Mandela, the iconic former leader of South Africa is still in a critical condition following his stay for more than 2 weeks at a Pretoria hospital for the treatment of a lung infection, as per a statement from president’s office. Jacob Zuma, President and Cyril Ramaphosa, the deputy president of ruling party African National Congress, paid a visit to Mr. Mandela at hospital yesterday.

Mr. Zuma said that doctors are doing all they can for getting Madiba’s condition to get better and are making sure that he is comfortable and well looked after. He referred to Mr. Mandela with his clan name in his statement. For the last 2 weeks, presidency has been describing the condition of Mr. Mandela as “serious but stable.” The spokesman of Mr. Zuma, Mac Maharaj, gave a sharp deterioration of former president’s condition but didn’t provide any details, quoting the privacy of ailing leader. He said that condition is visibly worse, and he’s clearly receiving intensive care.

On June 8th, Mr. Mandela was brought to the hospital due to a lung infection, which could be one of the respiratory disorders he battled since he was caught by TB during his twenty-seven years imprisonment for opposing the apartheid regime of former white-minority in South Africa.

He has been hospitalized four times since December. His frequent hospitalization has caused waves of anxiety among the people of South Africa, where he has been known as a unifying personality. Mr. Mandela became South Africa’s first black president when he led his ANC (African National Congress) party in power during elections of 1994 on a platform of racial reconciliation and forgiveness. He served one 5-year term prior to stepping down for focusing on advocacy and charity work. After he had a retirement from his public life during 2004, his public appearances have been infrequent. At the opening of soccer tournament World Cup in 2010, which was hosted by South Africa, a golf cart drove Mr. Mandela around the stadium to ecstatic applause.

Mr. Zuma, in his statement referring to Mr. Nelson Mandela’s condition, he also fortified the medical care he has been receiving. CBS News reported that the ambulance that was transporting Mr. Mandela to hospital broke down on its way, making him stay in an extreme critical condition for pretty long on a highway of Johannesburg until he was shifted to another wagon. The office of Mr. Zuma made a confirmation that Mr. Mandela should have been shifted to another ambulance, but he denied that the medical care had been compromised.