Movies That Will Become TV Shows 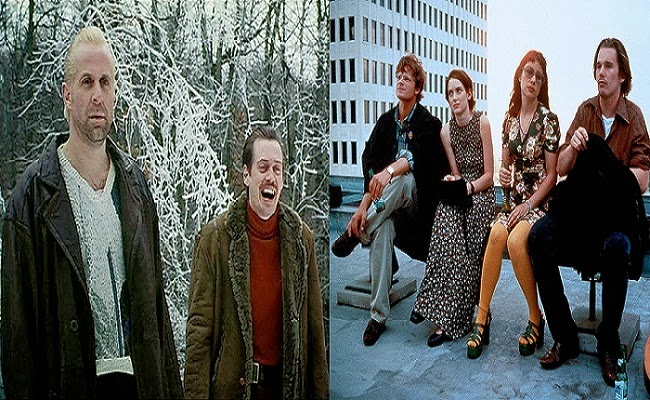 Two very popular movies from the 90’s are coming back in the form of TV shows. NBC is working on a half-hour comedy based on the iconic movie Reality Bites, while FX has closed a deal to turn make an hour long drama series based on the Oscar-winning film Fargo.

The movie Reality Bites was about a group of loser friends who struggle with their careers and love life after graduating from college. The TV show, just like the movie, will take place in Houston in the early ‘90s. The main character will be Lelania Pierce (played by Winona Ryder in the movie), who has just graduated from college and lives with her slacker buddies. So it seems to be that this sitcom will be a lot like Friends, Happy Endings or Girls.

Ben Stiller, who produced the film, will produce the show through his shingle Red Hour Films; and Helen Childress (writer of the movie) is going to write the script of the show’s pilot episode.

On the other hand, the film Fargo was a dark comedy about a fake crime that went horribly wrong. Frances McDormand (who won an Oscar for her performance) played a pregnant police chief from Minnesota trying to find two criminals (Steve Buscemi and Peter Stormare) who killed a policeman and staged the kidnapping of a car salesman’s wife.

The TV Show will be a miniseries of ten episodes that will air for FX. John Landgraf, president of FX, stated that the show will be “remarkably true to the film,”, in spite of the fact that there are no plans to include existing characters. He also said that the writer, Noah Hawley, has “invented a new version of Fargo that’s its own thing, but that’s true to the spirit of the original,”.

Joel and Ethan Coen, who directed the film Fargo, will be the executive producers of the miniseries. Billy Bob Thornton (a frequent collaborator of the Coens) will star the TV version, playing a rootless con artist. Bob Odenkirk (Famous for playing Sail in Breaking Bad) and Glenn Howerton (It’s Always Sunny in Philadelphia) have joined the show as well. Other actors with roles in this miniseries are Oliver Pratt, Kate Walsh, Martin Freeman, Colin Hanks, Adam Goldberg and Allison Tolman.

In 1997, actress Kathy Bates attempted to adapt “Fargo” to the small screen. She directed a pilot with Eddie Falco playing Marge McDormand. But that pilot was not picked up. Instead, it aired as a TV movie in 2003.

Taking successful movies to the small screen is something that has certainly been done before. Movies like Clueless, Clerks and Buffy, the Vampire Slayer became were turned into TV shows, the latest being the most successful one.  The big question is… can Reality Bites and Fargo be positively translated to the current style of TV? Time will tell.