For The Fighters Of Justice, The Party Has Just Begun

There has been a lot of talk about “the change” in Pakistan in the last half decade but compelled by the natural way of thinking that the people of Pakistan have developed in the recent years they kept deeming it as just another political catchphrase. However, the people who really wanted the change in the monotonously miserable situation of Pakistan seemed quite interested in participating every occasion and event that was held in the name of “the change”. Even though PTI (Pakistan Tehreek-e-Insaaf) was the first party to talk about this change, changes are never brought by political parties but by nations.

This is exactly what has happened in Pakistan recently and while the unexpected results – expected for some groups – really put the supporters of PTI in a state of awe, the commencement of the change was visible throughout the country. For some people the victory of PMLN (Pakistan Muslim League Nawaz) was an end to the call of change but in reality the change has set foot in the politics of Pakistan. This change was most prominent in KPK (Khaiber Pakhtoonkhwah) where PTI was able to rise with majority votes and make government in the province.

It was in Punjab where the results were unexpected when people were expecting PTI to rise as the next ruling party in the province and the country after the record addresses by Imran Khan in his election campaign. As anticipated since last 20 years, MQM (Muttahida Qaumi Movement) rose up as the leading party in Karachi. Balochistan has its own story where all parties fail and those who win are not much known to the people in other parts of the country. Thus it would also be right to say that Balochistan is still pretty much an ignored and neglected province of Pakistan.

Any sane mind would think where the change was in this story. The truth is that the ever-awaited change has finally wriggled its toes and there is finally some hope in people to see some new faces ruling them to make this country a better place and not to fight for their own personal causes, which is often money laundering. The recounting of votes done in Taxila after a request from PTI was the most astounding news for PMLN when the results were overturned and the previously winning Chaudhry Nisar of PMLN lost to PTI’s Muhammad Siddique after the recounting was done not once but three times. 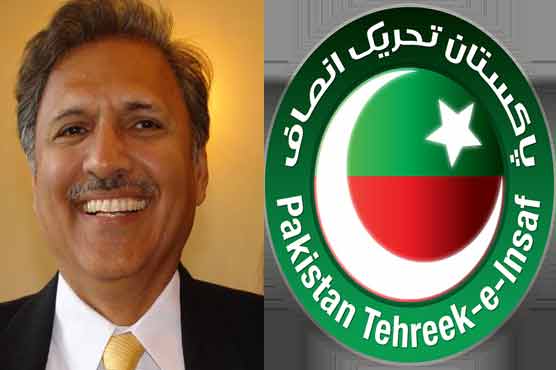 Polling was redone in some polling stations of NA-250 in Karachi where once again a PTI candidate, named Arif Alvi, emerged as a winner. MQM boycotted this re-polling but didn’t mention the re-polling as the reason of their boycott. They stated that there boycott was against their unheard petitions to Election Commission Pakistan in which they asked the voting to be done in the entire NA-250 and not just some polling stations. PTI workers were on the streets for the re-voting in these polling stations but they repeatedly stated that they were not out on the streets only for re-polling in some parts of NA-250 but in the entire city of Karachi.

A lot of criticism and adverse remarks are being given against PTI by other political parties and the clash between the chief of PTI and MQM, Imran Khan and Altaf Hussain respectively, is getting more wind with time. However, in Karachi where the ruling political parties are known for getting votes by threatening and intimidating the residents of the city it is nothing less than a revelation that people came out on the roads and highways to protest against the unfair elections and means that were used to rig the results in Karachi and all over the country. 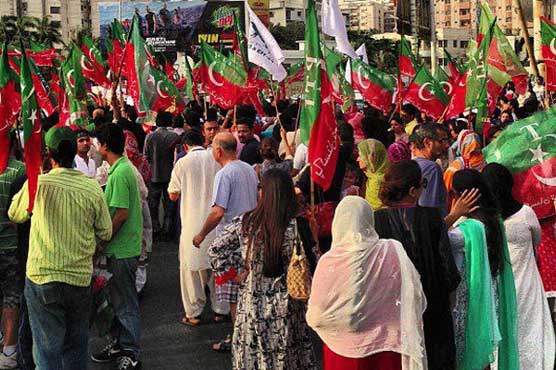 Even in Lahore the workers and members of PTI are protesting day in day out against the rigging, corruption and scoundrel acts done by other political parties. The people are out on the streets and they are not ready to go back home unless they are given justice. It has never happened in the history of Pakistan and no other political party has become so popular in such a small interim of time as PTI has.

This is what you call change, when people make up their minds to speak against the evil notwithstanding the threats to their lives. This is what we call change, when a party fighting for justice manages to urge the people from all over the country, and not just a specific region in a province, to stand up for their rights. Not to mention, the protestors in support of PTI in Karachi were threatened live on TV by the ruling party of the city but they didn’t go back, fearing these threats.

The change might not have been brought in its entirety but we can definitely hear it knocking on the door. No matter how few, people have started to come out to fight for what’s right, to fight for justice. As we continue to join this stream under the flag of justice, it will become a river one day and then a sea. The voice of change is still echoing and we are only being made to believe that the party is over and we should go home. For the fighters of justice, the party has just begun.