Facebook is the biggest social network of the world as it has over a billion users as of September 2012. It was launched in 2004 by Mark Zuckerberg and a bunch of his Harvard roommates for the students of the college. However, it became immensely popular and eventually spread out to students of other colleges and schools. Today, the social network is used by people all over the world no matter where they are. The company decided to go public last year. Facebook Inc. has been around for nearly a decade, but it’s not willing to curtail development, not even after the disappointing IPO last year. 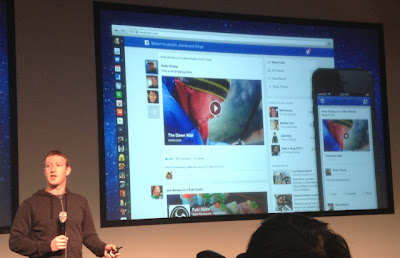 The social network is constantly working on introducing new features to keep its 1 billion users interested and entertained. The company has laid low since the really disappoint IPO, but it seems that now it is going to take some steps come spring. The social network will swing back into action with a new newsfeed redesign and Android software as well. In 2011, the social networking website launched a major change with the ‘Timeline’ design. This move indicated that the company wanted to offer its uses a greater personal experience on the social network.

In a 2012 interview, the Chief Executive Officer of Facebook Inc. Mark Zuckerberg had said that the social network would continue working on things that would have value in the long run and will aid the users in staying more open and connected. The latest developments of the company are based on these goals. There are around 600 million people who are using Facebook mobile these days. Therefore, it is correctly assumed by the company that this is the most important frontier that can be expanded over the upcoming 3 to 5 years. A new software was released by Facebook this April.

The name of the software is Home and it enables owners of Android smartphones to replace the home screen of their phones with their newsfeed of the social network. This means that people don’t need to launch the Facebook application for accessing the social network. They will be able to stay constantly connected with the Home application. This particular software can be downloaded on any Android device. However, the social network has also launched its own smartphone, which has been especially designed for running the Home software and carries a price tag of $99. The phone is known as HTC First and is available with AT&T.

Zuckerberg said that the purpose of launching this interface was to make the experience of the users deeply personal. However, this experience might be at the cost of personal and face to face interactions that take place on a regular basis. Nevertheless, the less controversial of the two offerings is the new newsfeed design of the social network that will be launched in the next few weeks. The only information available about it is that the clutter will be reduced and the focus will be on the interests of the individuals and will offer a greater sense of personalization.